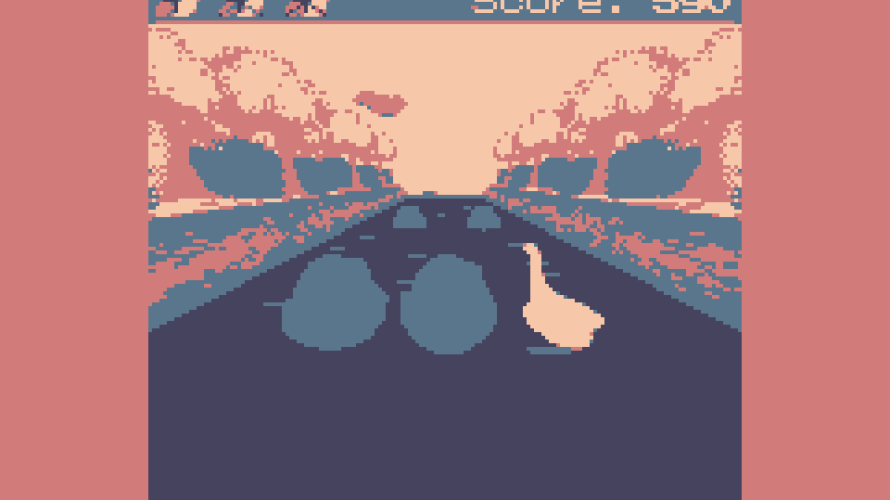 A peaceful trip downriver? No problem for a swan as agile as this one. Grabbing loaves of bread while avoiding colliding with rocks? Eh, no problem. Current speeds up over time? Wait, what?! So much for a relaxing Afternoon Swim.

With a simple three-lane setup and the ability to instantly move one lane left or right at the press of a button, at first, this may almost seem too simple. Don’t worry, it picks up. Current speeds up over time, after all, remember? The screenshot atop this article was taken moments before I smashed into the third and final rock, resulting in a game over screen. At that point, the pace had reached breakneck speed and I knew the end was nigh as my reflexes had been pushed to the limit.

You are a swan who decides to take a nice swim down a river. But then you spot it… BREAD!

Was fun though, and at least the swan I mind controlled got to eat its share – before dying. Oops. Wait, swans don’t have three lives! Oh right, video game. Also, no (real) animals were killed during my time with Afternoon Swim. Lots of honking too, even if it did a whole lot of nothing. A key was bound to that action, so you better believe I didn’t resist the urge to mash it. How about you? Ready for a low-fi Afternoon Swim where each loaf of bread honks you with more points and rocks appear ever faster on the horizon?

Afternoon Swim is available on itch.io.