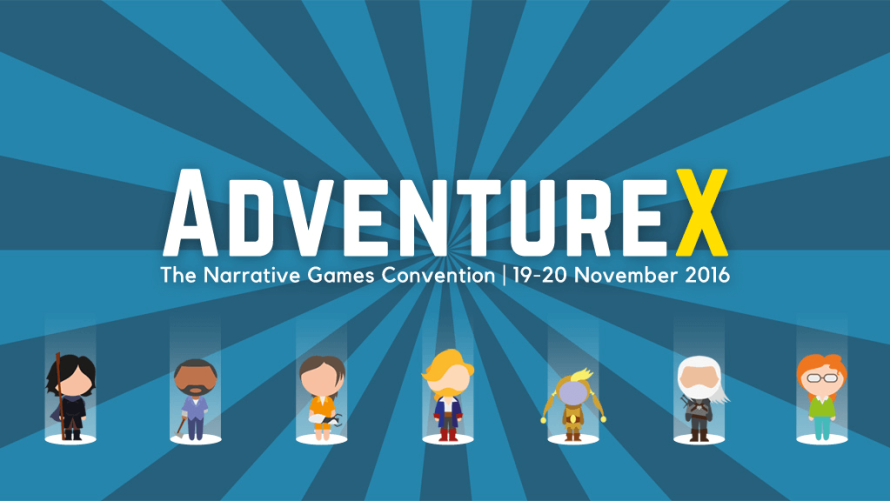 A couple of days ago we finally got confirmation on AdventureX 2016’s dates (19-20 November), and with it, a note on how it would be… crowdfunded? That last bit is actually a lot less odd than one might think. The event will take place regardless of whether it succeeds, so it’s mostly an attempt to cover mandatory expenses like, say, venue hire – ya know? Because that kind of stuff is not cheap. Not by a long shot. Oh, did I mention there’s no entry fee for AdventureX? Very groovy.

That said, it would be nice to see the crowdfunding succeed, as I have a feeling it would also help ensure availability of AdventureX 2017 and beyond; depending on how much the campaign receives in the end, that is. But we’ll see. In case you need motivation to support it – other than spreading the word that is, which is free – well, there’s plenty of rewards for various tiers on the menu. Plenty!

AdventureX has always been run on a shoe-string. This year we want to pick up that shoe string, tie it to a twig to create a sling-shot, find a smooth pebble and…

… and basically, we want to raise some money. In previous years, almost our entire budget has gone to cover venue costs.

For example, £15 ($20) will get ya an AdventureX poster, pin-badge, and postcard, making for a neat little bundle of memorabilia, I’d say. Or you could crank it way up, dropping a solid £50 ($66), getting all that plus two ‘mystery Steam keys’, and a custom toon character. Intriguing, no? But first… we gotta slay the mighty Kickstarter beast, which still has 694 hit points (or £, I suppose – roughly $922) left. Let’s kick(start) its you-know-what, eh? Yay, AdventureX!