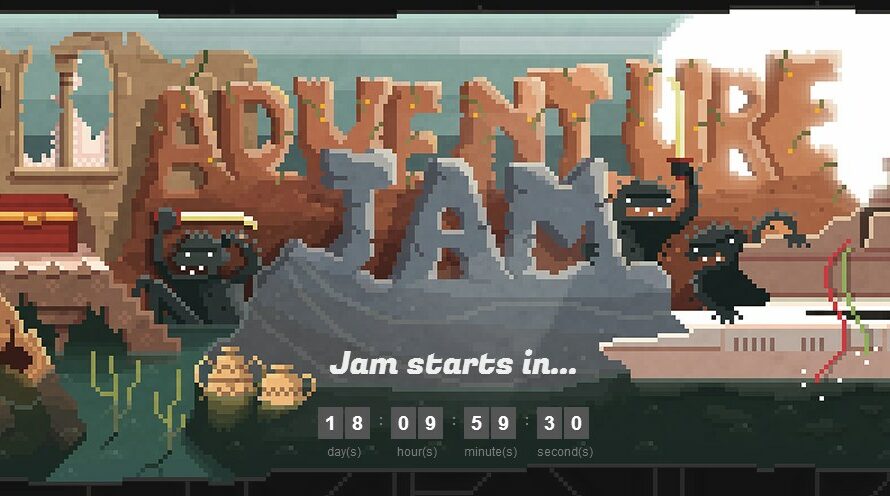 Two people, two weeks, one game jam. This April, Cassie Benter and Stacy Davidson will be hosting the AdventureJam over on GameJolt. There’ll be pixels, puzzles, witty dialogue and more, as developers get creative, making brand new adventure games. Not a developer? Well, you can still get in on the fun by playing submissions after the fact!

But before we get to the afterparty full of fun and games (of which there will hopefully be numerous), the jam has to take place, and it won’t for another good 2-3 weeks. In fact, there’ll be no jamming until April 3rd, so you’ve got plenty of time to prepare, whether it be for some fun gaming or some crunch coding/drawing/animating. Plenty of time indeed.

Now, as far as rules and regulations go, well, there really aren’t all that many. You have two weeks to make an adventure game, which is “an interactive experience with enough content to tell some form of story, explore a character, or have some sort of adventure”. Simple enough. No starting early either, except for the story aspect/elements. That two-week time frame is there for a reason, after all.

Adventure games have been around nearly as long as computers, and what began with words on a black screen has evolved into an amazing spectrum of gaming experiences. Let’s celebrate the awesome legacy this genre has created with 14 days of pixels, puzzles, parody and pathos!

Yeah, let’s! Alright, a brief recap: AdventureJam kicks off April 3rd, lasts two weeks, after which submissions will be judged – both by the community and a select few judges. Sounds fun, right? Makes me wish it was April already.