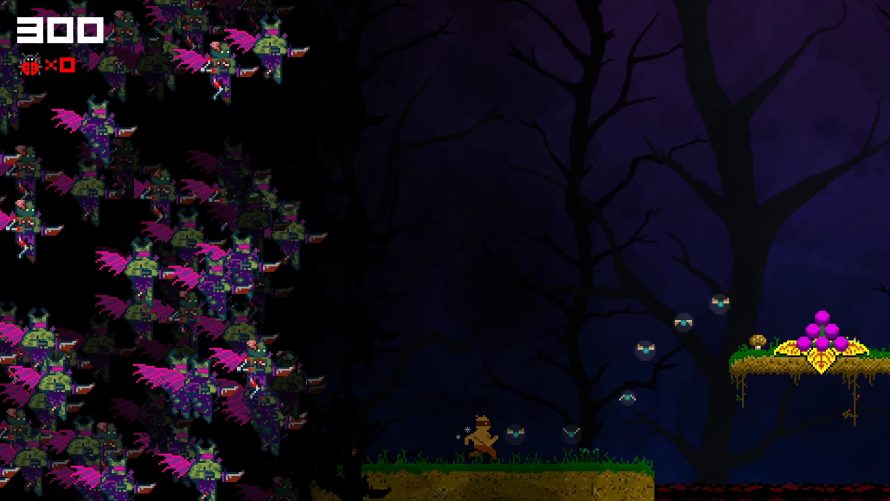 Insects. Bugs. Yuck! Right? No! Of course not. Well, actually… upcoming ABS vs. THE BLOOD QUEEN will teach players just how disgusting bugs can be as they chase its protagonist, and with no outside help either. That’s right, this time you’re all by your lonesome, although that doesn’t mean you are defenseless. Which is good, because someone has to take down the Blood Queen. Again.

Hmm… guess I should mention that you’ll actually be able to use some of the aforementioned oh-so-nasty-and-disgusting insects as mounts to hopefully tilt the odds in your favor for a march through ABS vs. THE BLOOD QUEEN‘s procedurally generated levels. Failure or success, however, lies entirely within the skills you possess. Or lack. In which case the former is far more likely than the latter. What? I’m just telling it like it is.

Call upon the technical skills and maneuvers utilized in high-level Killer Queen play to survive — ride the snail, earn wings as a powerful Warrior and grab Berries to discover hidden abilities and secret rooms.

Right. Anyway, much like Killer Queen, its multiplayer precursor, ABS vs. THE BLOOD QUEEN is all about that ‘just one more go!’ appeal we all know and love from classic arcade games. Stab! Run! Fly! Stab some more! Ride a snail! Yeah. It’s a violent, relentless affair, and one I am personally hoping will prove successful. It just looks so darn groovy! Plus, how often do multiplayer hits get a single-player… uh… take? Spin-off? Thing? Title. That’s the word. Title. Not often enough, that’s for sure, and the time couldn’t be better, everyone locked indoors and all.

ABS vs THE BLOOD QUEEN will be on Steam this June.