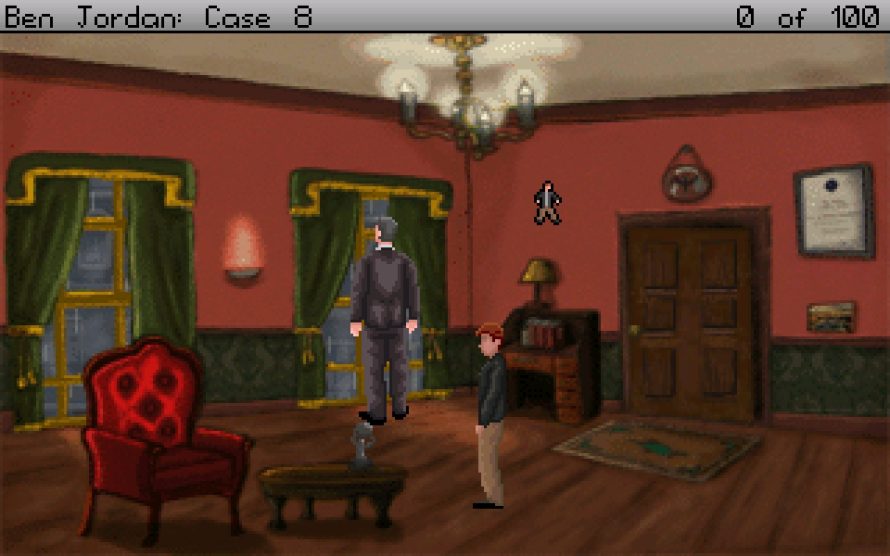 It did take Grundislav Games a while to wrap this one up, but now fans can finally experience the thrilling conclusion to the long-running Ben Jordan: Paranormal Investigator adventure series!

I reported on the release date close to 3 months ago and I’ll admit that I fully expected Francisco Gonzalez to release it sometime later today, but since he was ready ahead of schedule, mere minutes after midnight the game saw a release! Awesome.

In this final chapter of the series, Ben will learn the truths hidden in the past and the present, which he will use to finally confront the mad man threatening his future.
(Source)

As always I aim to keep it as spoiler-free as possible, so that’s all I’ve got on the story. New to the series? Then I’d definitely recommend starting with the first game in order for it all to make sense. Oh and they’re all available for the incredible price of absolutely nothing and of course, DRM-free:

I’d say that over the years, Grundislav Games have proved that the point ‘n’ click genre is still alive, and thanks to Adventure Game Studio, which was also used to create the Ben Jordan series, many other adventure game developers have been able to turn their ideas into real games and release them. Why don’t you try some of them, after you’re done with Ben Jordan?