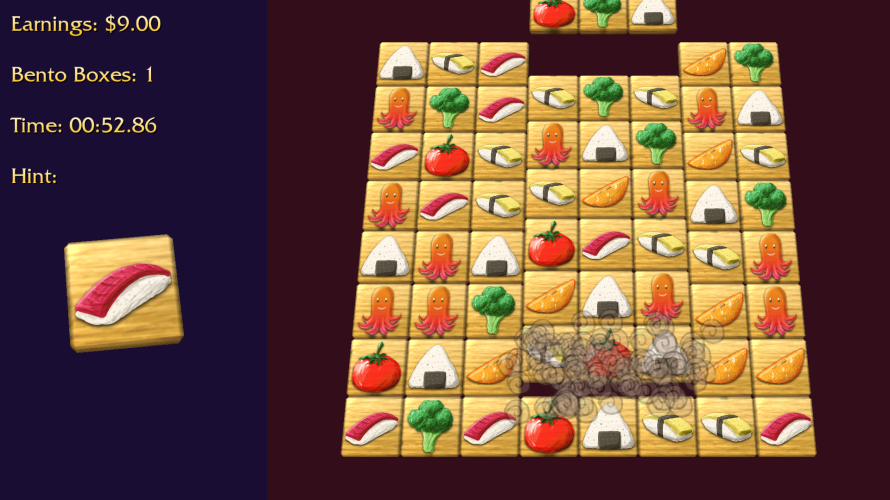 That title sure makes ya wonder what kind of mood Pirate Hearts was in when he started his latest project, but just like his retro-platformer, You Have To Win The Game (which he submitted to IGF 2013, according to this tweet), it’s a solid – although far more casual – game.

The name “Pink! Pink! Bento Machine” doesn’t really give any clear indication as to just what the game is about, but it’s pretty much a pseudo-endless Bejeweled clone with a sushi theme. That’s how the developer describes it at least, and I doubt anyone would disagree with that; I mean, look at the screenshot at the top of this article and tell me that doesn’t just scream “sushi Bejeweled”?

It was made as an A Game By Its Cover 2012 entry and those interested can check out the other entries here, and if you haven’t heard about AGBIC, it’s an indie game development competition where each entry/creation is based on fictional game artwork and as it says on the official website: “The work of one person inspires another.”

Pink! Pink! Bento Machine is available for free from http://www.piratehearts.com and for Twitter fans, the developer is @PirateHearts. Now if you’ll excuse me, I have a sudden craving for some sushi…