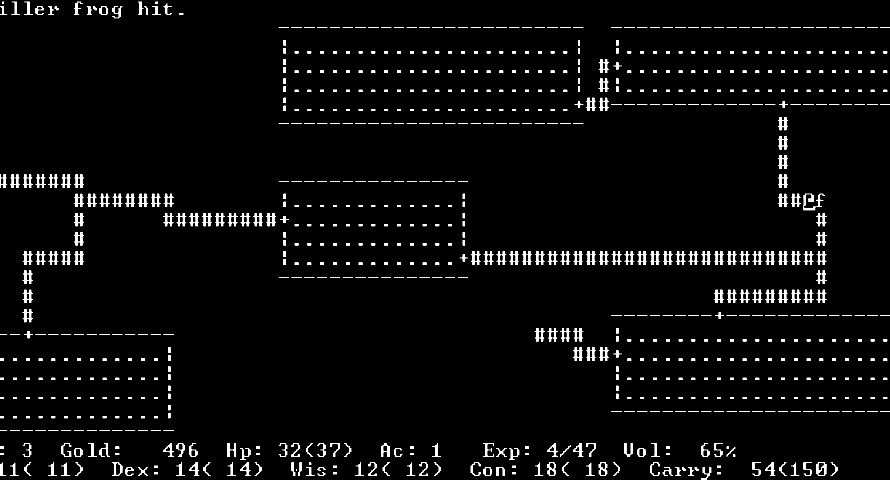 2022! Who’s ready for a little more procedurally generated permadeath? I’m just gonna go ahead and take your silence as a resounding yes, and move on to… well, 7DRL 2022, for a full week of roguelike game jamming creating chaotic craziness is almost upon us!

Which brings me to… let’s see… Rogue. An absolute gem from the days… when I was but a wee kid. We’re talking 1980 here – DOS! No fancy multi-core CPUs or expensive graphics cards. None of that. So it’s rather fortunate that Rogue, and the multitude of similar titles that followed in its wake, didn’t need a beefy rig to run properly. Because computers were slow back then, and… oh, right. 7DRL.

Anyway, that was then, this is now, and a brand new iteration of everyone’s (other) favorite 7-day game jam is right around the corner! I don’t know about you, but I couldn’t be more excited at the prospect of seeing what people come up with this time. Oh, and, as always, how I am going to end up brutally murdered in every entry I try. Such is the way of a roguelike. It is not about if, but when you die. Also, in some cases, how, as it can be quite glorious. Or miserable, I suppose.

But enough dilly-dallying: 7DRL 2022 kicks off on March 4th this time, ending on March 14th. Like last time, not a literal week, but alas, timezones. At least this way, even those from the land down under will be able to squeeze in a full seven days. Whatever the case, be sure to register your game here, hopefully ending up amongst several thousand other participants. Entries from years prior? Feel free to poke about 7drl.com in case you need inspiration or, you know, something to play. I’m definitely more in the latter boat. Until it sinks. At which point I’ll start over with nothing but bitter tears to remind me of what was lost. Ah, roguelike; a genre one can’t help but love and hate… in equal amounts.