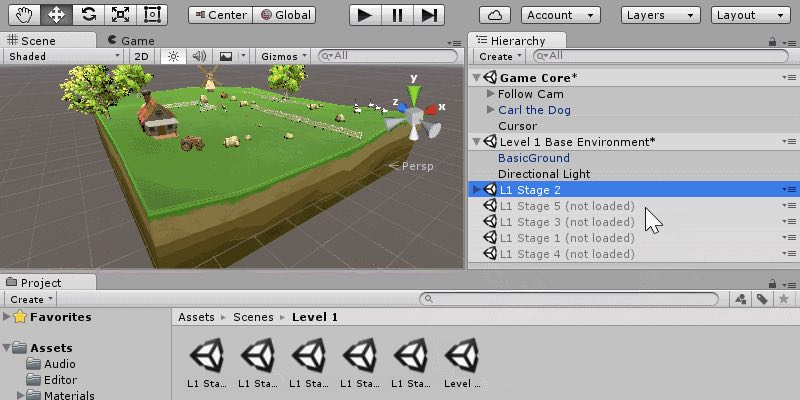 A couple of months back, I shared the dire news of Unity 5.4 spelling the end of Web Player support. While that day is not upon us quite yet, full support for its ‘successor’, WebGL, is, however, with the release of Unity 5.3! No more of that preview build nonsense – this is the real deal. Oh and as always with a major Unity update, there’s plenty other groovy additions, tweaks and such, too.

So, WebGL. Not gonna lie, we’re likely still going to see a ton of games build and launched through the Web Player in the coming months, but eventually, hopefully, the majority of developers are going to notice and make the leap to WebGL instead. Hopefully. I mean, webcam support, “numerous bug fixes”, soft shadow support and other lovely things are now present and accounted for, which should make it more appealing than ever. That and Unity Cloud Build, for those who fancy living in the skies. Or… well, you know what I mean (and that I’m not super tech-savvy when it comes to Unity)!

On top of that, this latest iteration of Unity also comes with a new VR sample project, assisting those eager to get started on such tech, tVOS beta support (wait, what?), “improvements to rendering efficiency” and much more groovy stuff. Way too much for me to list/parse/comment on here, actually, and quite frankly, I don’t even understand half of it! That said, even I can tell that Unity 5.3 is quite a milestone for creators and players alike. Quite a milestone indeed.