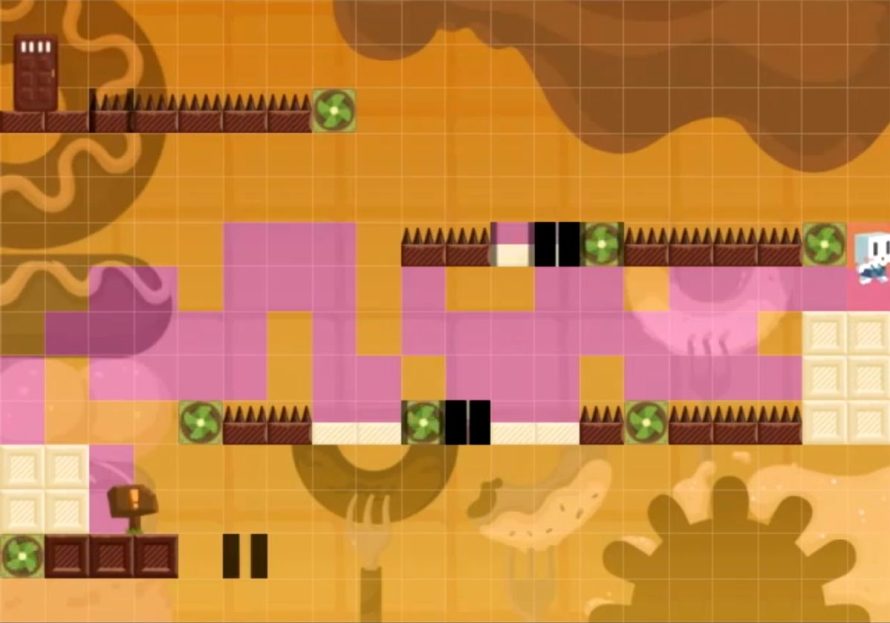 Who hasn’t dreamt of being a sugar cube at one point or another? okay so probably not a lot of people, but that’s still exactly who you are in Sugar Cube: Bittersweet Factory, the 2D puzzle platformer from developer Turtle Cream. While it may seem like a typical get-to-the-exit platformer, the thing that makes it unique is anything but: Backgrounds flip as you pass each tile, changing the environment to reveal things like ladders or platforms, that’ll help you reach the exit safely. You do have to be careful, however, because there are also tiles have spikes behind them, and some with even far worse hazards.

The Steam version of Sugar Cube comes with an update that adds gamepad support and tweaking of several levels, to make them less of a challenge -- let’s hope they didn’t make them too easy! Along with the addition of both Steam Cloud and Steam Achievements, they’ve also bundled the soundtrack with the game. Personally, I didn’t care much for the music, but at least now those who enjoy it enough to drain their MP3 player’s battery can do just that without having to pay extra for it.

If at some point you find that the game is getting too easy (what?), then this next bit’s for you: A “hard mode” update is coming, and it’ll bring even more levels of sugary platforming. But in the meantime, the game (or the demo) can be acquired from either directly from the developer (DRM-free), Desura, Indievania and last but certainly not least, Steam.