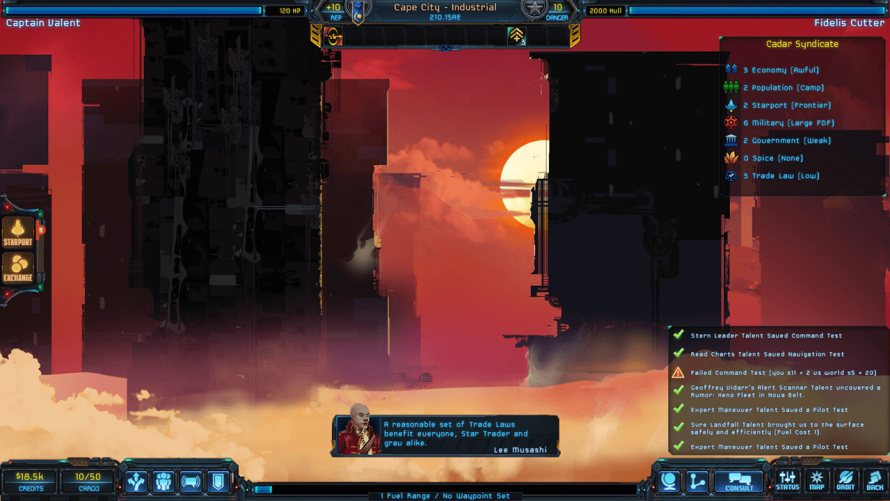 Were you to ever visit the endless depths of outer space, what would you do? Steal and plunder as a ruthless space pirate? Favor the coin (or applicable currency) as a trade-focused merchant? Track down escapees from the law as a bounty hunter? Or perhaps something else entirely? Well, since an actual interstellar career is rather pricey -- not to mention a tad, oh I don’t know, impossible -- settling for a virtual version in Star Traders: Frontiers might not be a bad idea.

On top of that, this being the fifth title set in Trese Brothers‘ Star Traders universe, there’s bound to be an absolutely massive world, ripe for exploration; perhaps even… exploitation? Just keep in mind that, should you opt for the latter, pissing people off in this game has consequences. Maybe not immediately following, but at some point, sooner or later, retaliation will occur. So be sure to upgrade that ship of yours, as well as its crew, accordingly.

Political rivalries have been rekindled, blood has been shed in age-old feuds, and the fires of war have been stoked. Amidst the political infighting, a ruthless revolution is rising – and the fervent explorers of the hyperwarp have awoken something that was better left asleep.

That said… as mentioned earlier, no one is forcing you down a path of destruction and chaos. At least, I don’t believe that to be the case, but you never know, Star Traders: Frontiers being Early Access and all (even if the game is “around 60% to 70% complete”). Adding to that is the fact that the world itself is procedurally generated, meaning there’s really no way of knowing exactly what might lurk behind that nearby asteroid, or who you might encounter as you go sailing through the stars. What an intriguing prospect.