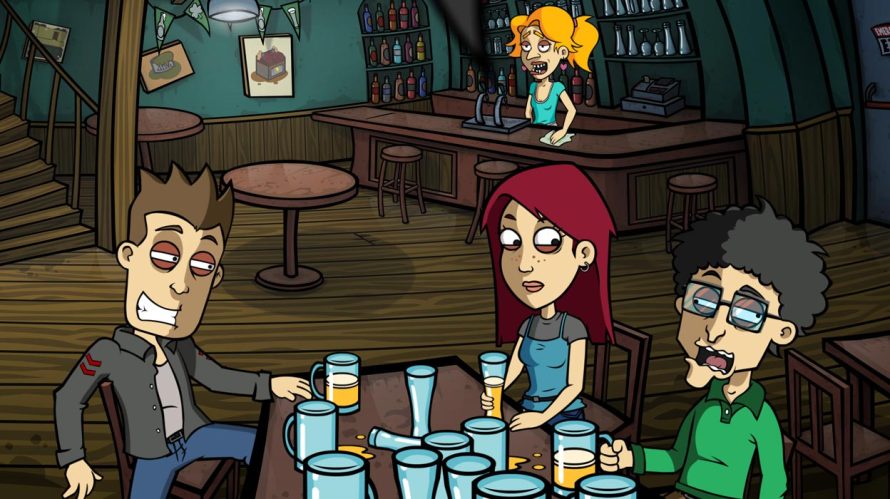 When two people get engaged, it’s not uncommon to spend a night out in celebratory glory. Although needless to say, had Matt and Sally known about the chain of events Randal would set in motion, they would not have invited him. But what’s done is done, and the next morning, Randal wakes to find himself in possession of… his friend’s engagement ring! Oh, did I mention it’s cursed?

So let’s see… a cursed ring, the worst hangover ever and a sociopath (Randal), seemingly stuck in a time loop. That’s certainly a unique setting for an adventure if I ever saw one. At first, I did feel kinda bad for Randal though, but then I read the developer’s description: “a sociopathic young man, with some serious kleptomaniac issues, and a messed up concept of friendship”. Ha! Randal, meet karma, your worst nightmare.

Apart from Randal and his ‘issues’, the overall tone of this upcoming “point & geek adventure” from Nexus Game Studios does seem to be rather light-hearted and comedy-fueled, which is a nice change of pace from all the gritty detective/sci-fi thrillers in recent years. Don’t get me wrong, I do enjoy Cognition, Gemini Rue and such, but there does seem to be a lack of titles more akin to Monkey Island and Day of the Tentacle, which is a shame. Laughter is supposed to be healthy, after all. 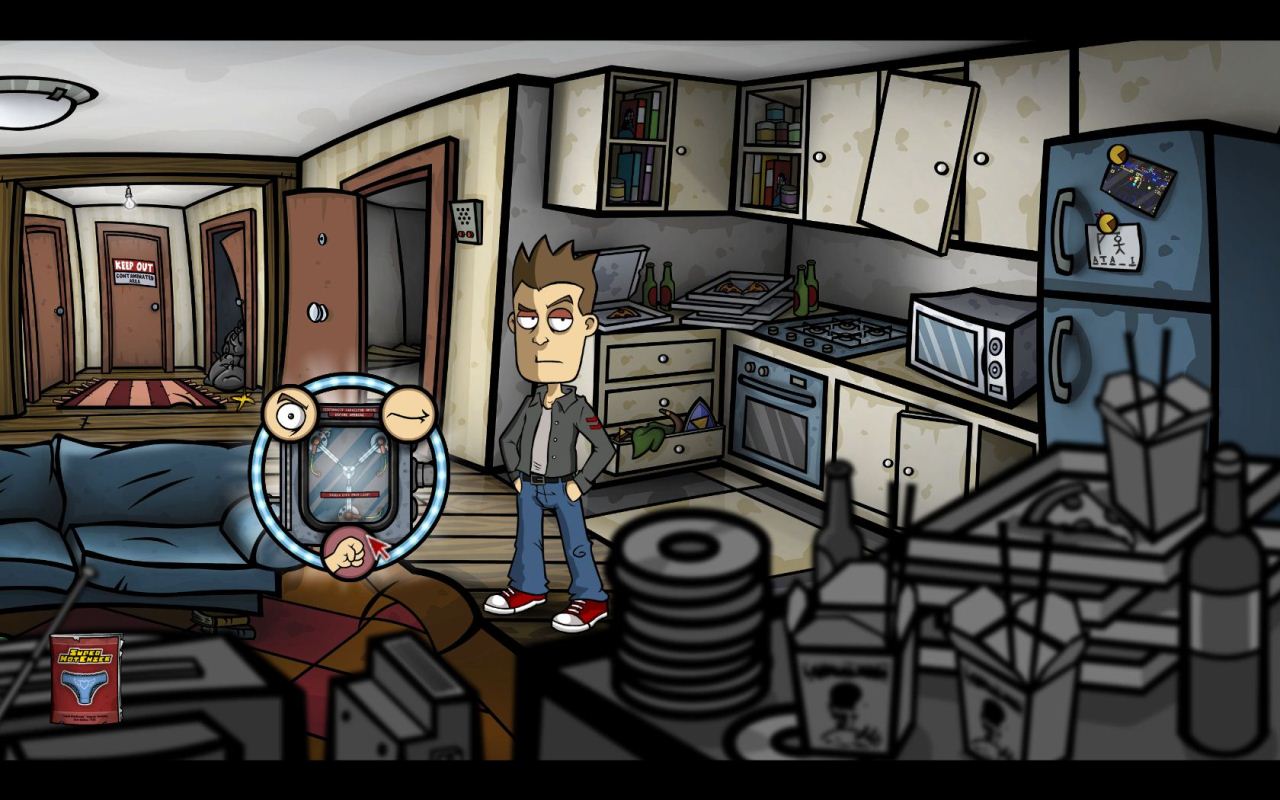 I doubt any of the in-game characters are enjoying themselves much though; least of all Matt, as… well, let’s just say his reaction to losing the ring is somewhat extreme. What follows is one helluva crazy rollercoaster ride, the likes of which Randal, Matt, and Sally have never seen before. Lots of pointing and clicking, puzzles to solve, zany characters -- including the cliché comic book geek -- to interact with, most of which seem to have a beef with Randal; no surprise there, with a personality like that.

Randal will be forced to relive what has proved to be the worst day of his life, over and over again. He will do everything on his hand to try and fix this situation, Even if that means going to jail or destroying mankind.

So this guy might actually trigger events that will result in judgment day? Now I really want to play it, see how that part turns out, and, well, if it’s actually possible to bring forth the apocalypse… KABOOM! Among the currently available details, there is no word on whether there will be multiple endings (one good, one bad), or even fail-states. Come to think of it, would the destruction of mankind even result in a ‘game over’ here? Remember, time loop, cursed ring, etc.

Whatever the case, apocalypse or not, Randal’s Monday is scheduled for release “around May 2014”, which is still ways off. But you know that thing called Gamescom 2013? Yup, it’ll have a playable demo there! Those of us who won’t be attending Gamescom will have to wait patiently for May to come around instead.