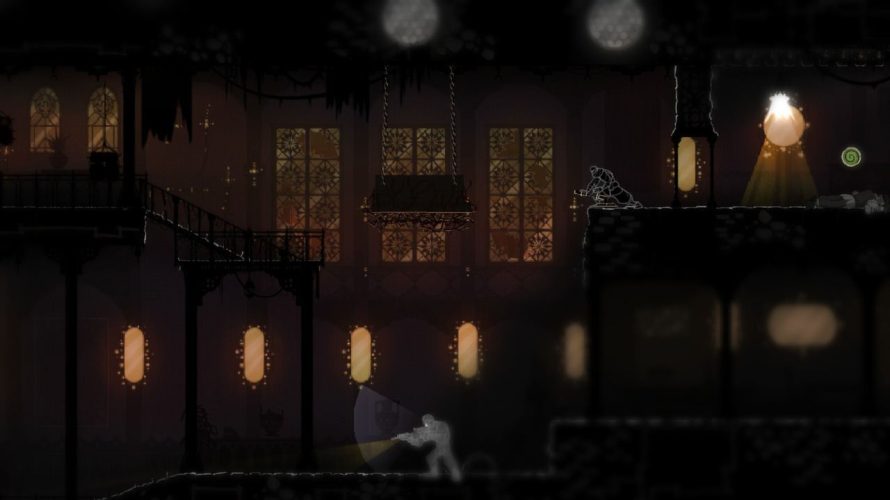 Even though it was a great (and more challenging) way to play through Mark of the Ninja, I doubt most opted for the non-lethal route; at least, not initially. I didn’t until New Game+, but by then I was determined to avoid both detection and bloodshed, which is also what the new level and playstyle in this DLC is about: being stealthy and non-violent.

In spite of the main game being somewhat brief, unless you wanted to unlock everything and/or perfect your run through each of its levels, I’d still say it was a rather meaty experience. There was just so much room for variety and choice in how you approached each scenario. Would it be best to carefully take out each guard from the shadows, remembering to hide the bodies afterward? ‘Turn off’ the lights and just sneak by the fools under cover of newfound darkness? Or maybe something more… creative? Suffice to say, even before I got my hands on all those fancy upgrades and items, I still felt like a genuine ninja, someone who had mastered the art of stealth through vigorous training.

But what does dropping $5 on the Special Edition DLC add to the experience? Well, let’s see… several new items, a ‘prequel’ level designed entirely around a non-lethal playstyle with matching challenges, and if that’s not enough, there’s also a vast amount of developer commentary, detailing Mark of the Ninja‘s development (localized in a handful of languages, with the help of fans). Basically, MotN SE seems to be exactly what fans have asked for: more content! Everything can be used in the main levels as well, even if you’ll have to unlock access to both the new items and playstyle through progress (is anyone really surprised by that though?).

So choose your platform (PC or Xbox 360), and prepare to roam the shadows once more, in Mark of the Ninja: Special Edition.