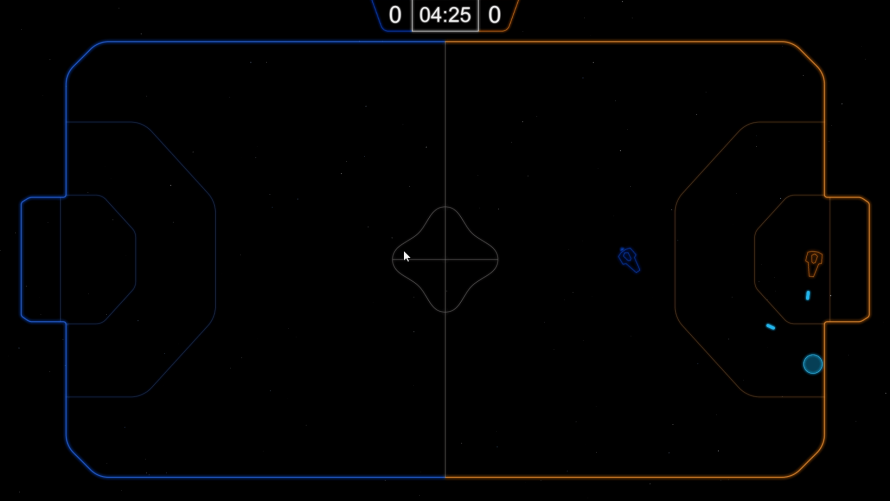 These days there exists a multitude of ways to play soccer in video game form: from the traditional way in FIFA and Pro Evolution Soccer to blazing fast RC cars in Rocket League. But how about… in space, only one player on each team, movement controlled entirely by thrust, ball moved by shooting it? Crazy? That’s what I thought too, but Parsec Rivals is actually an amusing take on the sport.

Given the aforementioned changes in mind, this is, without a doubt, the slowest version of soccer I have ever encountered. Doesn’t mean there isn’t fun to be had here though, but those not familiar with thrust-controlled classics like Thrust (or any of the many games inspired by it) are likely to find themselves struggling to move their player/rocket at first.

Add the fact that you have to shoot the ball to get it to move rather than bump into it, and you’ve got quite the tricky affair here. Oh, and after double-checking my footage, I can confirm that for whatever reason, shots seem to be magnetized, gravitating ever so slightly towards the ball. Didn’t really benefit neither me nor my opponent as our bout still ended up feeling like an odd mix of Pong and soccer – until a goal was made that is.

A brief animation later, the stadium(?) was reset and the back-and-forth began anew, lots of thrusting and shooting, but alas, that cyan little circle representing the ball never made it into either goal afterward. Whether due to our super high level of skill (wait, what?) or the fact that it can take quite a while to score – who knows? While Parsec Rivals is fun, and will hopefully see further development, it’s honestly a tad too slow for my tastes.

Parsec Rivals is available on itch.io, for free.