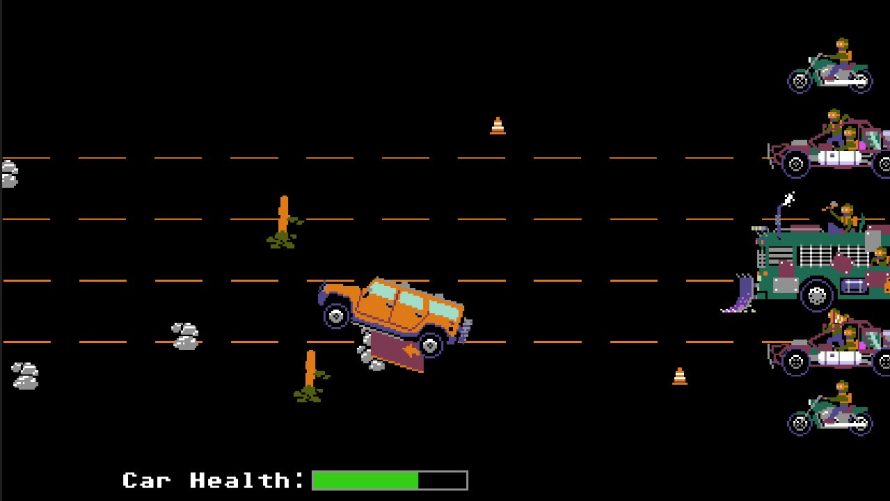 Once upon a time, many years ago, a game by the name Oregon Trail tasked players with going westwards, surviving all kinds of dangers along the way. This is not that game. Actually, it kinda is, but with a zombie twist and Apple II-ish visuals. Wait, that’s not right either. This is the Final Cut Expansion for Organ Trail, which adds “double the content”, because brains.

In case you didn’t have enough trouble ensuring the survival of your 4-man party (which you did remember to name after your friends and / or co-workers, right?) already, this piece of DLC should help with that. One way or another. Maybe with survival, maybe the exact opposite. Who knows? Who cares! More stuff is more stuff, and with the likes of additional cars, boss fights, zombie types and events -- something for everyone. Oh and TWICE as many cities to visit, pillage and blow sky-high. Well, one of those, at least.

On top of that, there’s also a bunch of new features, like… well, radiation and fishing! Who hasn’t dreamt of standing still for minutes at a time during the zombie apocalypse, trying to catch a big one? Right. Anyway, throw in a bunch of secret endings along with a graveyard (wait, what? MORE ZOMBIES?!), and this one could very well be a worthwhile addition. Not yet convinced? How about the ability to bring a friend along during combat? Now that’s groovy. Just… try not to get bit, eh?