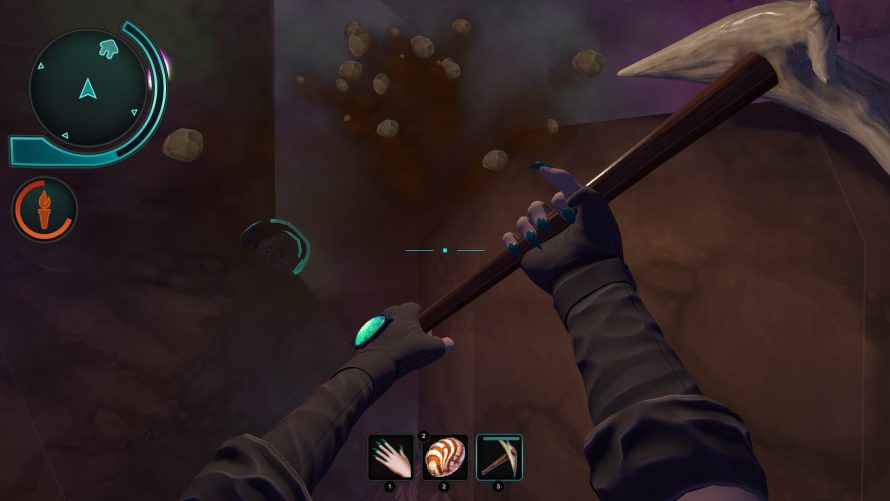 Straying from the norm, Miasma Caves -- in spite of being billed as a roguelike -- isn’t about combat so much as exploration. Danger does still loom however, in the form a lethal substance known as Miasma. A substance that the game’s protagonist, Lesath, is somewhat more resistant to than your average Radiant Ridge resident. Oh right, that’s the village you’ll be working to upgrade… through treasure hunting! Groovy.

Although if there are no monsters to fight, no enemies to lay waste to Lesath, where oh where does the challenge come from? Well, from Miasma; remember, she’s more resistant to that stuff, not immune, so over time her health will slowly drain. Won’t stop her from exploring randomly generated caves in Miasma Caves (oh look, the title makes sense now), nor should it.

A day of adventuring ends with you bringing back your treasures to town to sell so you can resupply, upgrade the village, and catch up with the locals before you head back to the caves to get even deeper!

How else will future expeditions be funded, after all? And we mustn’t forget about how the “search for treasures that hold lore and jokes” is also going to help the nearby town thrive. Somehow. Also, Lesath is a dragon girl, because why not? Now go swing that pickaxe… and keep an eye out for cave-ins.