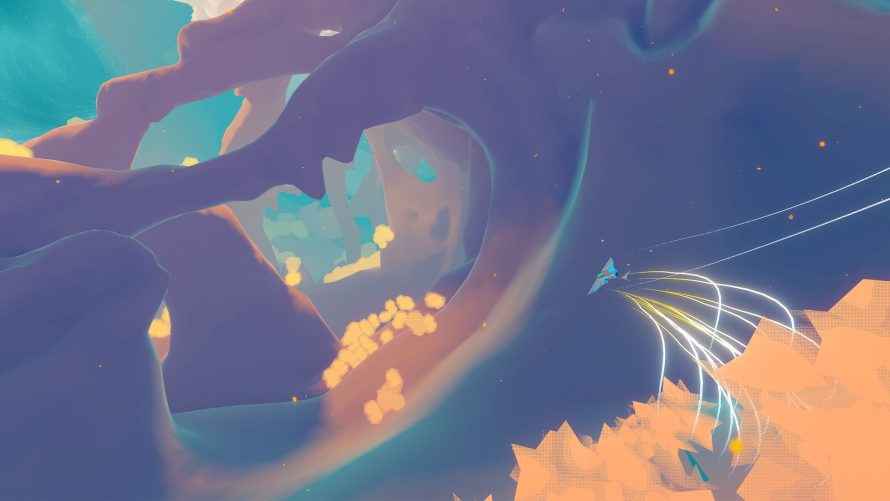 Ever desired floating through the skies one moment, to then brave the deep blue the next? Then I think you’re going to enjoy InnerSpace. Oh, and in case the lovely visuals accompanying its exploration-centric gameplay is not enough… how about the prospect of discovering exactly what doomed this world, this… Inverse? This world, in which gravity pulls outward instead of in, for some reason. It’s an undeniably strange place.

Now, to say this one has been a long time coming would be an understatement, although I guess building a world like this takes time. Originally kickstarted back in 2014 (I helped with that!), InnerSpace is the work of a group of college students who -- like so many other -- decided to stray from the norm, opting for a career in game development instead of pursuing their initial career dreams. Whatever they may have been. Such information is likely lost to time, and… isn’t overly relevant right now anyway.

In the final days of the Inverse, you must help the Archaeologist recover the last remaining memories before they are lost forever. Fly through ancient skies and abandoned oceans to discover the lost history of this fading realm, where entire civilizations have died, yet their gods still wander.

The ability to craft new airframes -- a fancy word for the thing that enables you to navigate air and sea alike -- is however relevant, and very much so. See, without at least one of these, you’d be grounded in the most literal sense of the word, entirely unable to progress your quest, never exploring the Inverse. So get out there, explore, collect, learn, and above all else, be careful… for rumor has it certain Demigods decided to stick around, in spite of everyone else being, well, long gone. Cue dramatic music and flight suit up!

InnerSpace is available from Steam, carrying a $19.99 price tag.