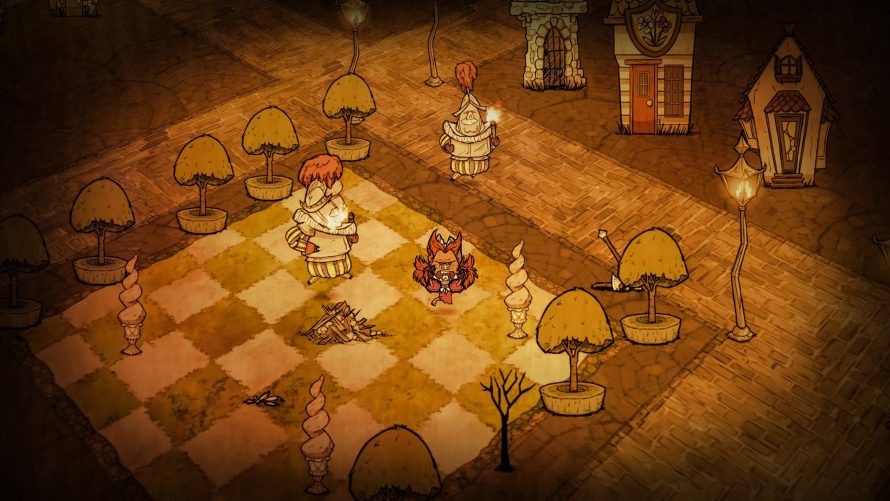 The wait is over as the time has finally come to unleash your inner Shakespeare (except, not really) in Klei’s popular survival game, Don’t Starve, Don’t Starve: Hamlet exiting Early Access and all. No better time than the present to venture into the jungle and find out if you’re strong enough to… weather the Aporkalypse! Oink?

As for just how much Hamlet changes and adds to the Don’t Starve experience, well, how about three brand new characters, an ancient pig civilization full of traps and treasure, your very own home (to renovate), and new wildlife? There’s more too, but these are some rather intriguing highlights if I do say so myself. Heck, one of the new characters is even, uh, quite literally… “creature of nature”. Yeah. The world of Don’t Starve is certainly a strange one, and this DLC only adds to that.

Those who, like me, was hoping for a bit of Shakespearean fun in Don’t Starve: Hamlet, however, are going to be quite disappointed as the title refers to ‘a small settlement’ (or some such), rather than the play. And pigs of course. Ham. So much ham. Ah, those pigs shall taste the wrath of Wilson, Wilba, Wormwood, Wheeler, Wagstaff (and so on)! I think? Actually, perhaps a peaceful solution would be smarter. We’ll see.