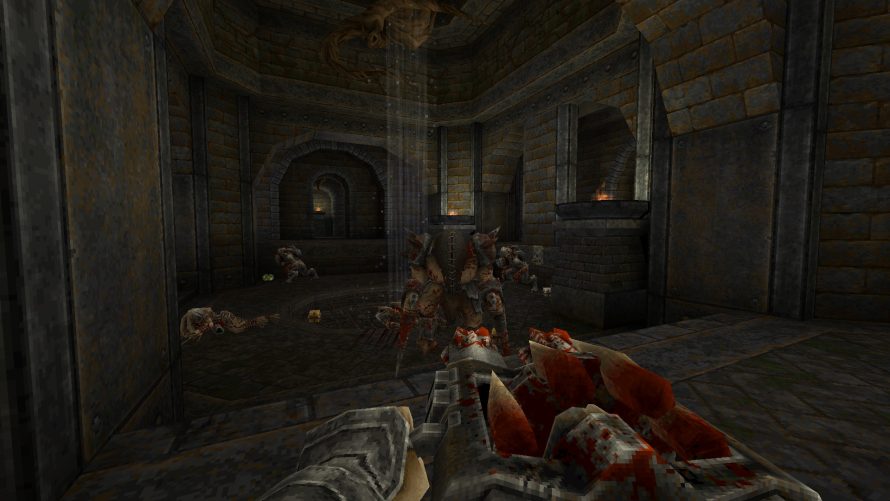 I love Quake. Yes, the original from 1996, and I know, it’s older than most of my readers. But it’s just such an incredible game… and engine. Which is, surprisingly, what powers WRATH: Aeon of Ruin, a first-person shooter more than a little reminiscent of the style of id Software’s timeless classic scheduled for release this summer. Prior to that fabled 1.0 milestone, however, one last content update recently saw the light of day.

Now, some of you may recall my impressions of WRATH: Aeon of Ruin‘s initial launch into Early Access in December of 2019. While I am more than a little curious as to how far it has come since then, I am too backlogged in terms of writings at the moment to revisit it; at least until its transition into a finished game, at which point I will be giving it a proper playthrough for review. That’s likely still at least half a dozen months away though, so… how about that third content update?

“While delays are never ideal, we wanted to release one awesome final update before going heads down to knock this out of the park,” said Frederik Schreiber, Vice President of 3D Realms and Producer on WRATH.

For starters, we get a brand new level to wrap up the first hub world in the form of The Hollow, a corrupted forest housing ancient trees, long-forgotten ruins, and most importantly, the Trinket of Deflection! This nifty little gadget can be used either defensively or offensively, either as a shield or, you know, it’s right there in the name: deflection. Who knows, might even prove useful against the new aquatic abomination that’s also part of this update. I mean, I highly doubt he’s a friendly fella, seeing how that hasn’t been the case with anyone else thus far. Shoot to kill!

WRATH: Aeon of Ruin (Early Access) is available on Steam, carrying a $24.99 price tag. Planned for release on PC, Switch, PlayStation 4, and Xbox One, this summer.