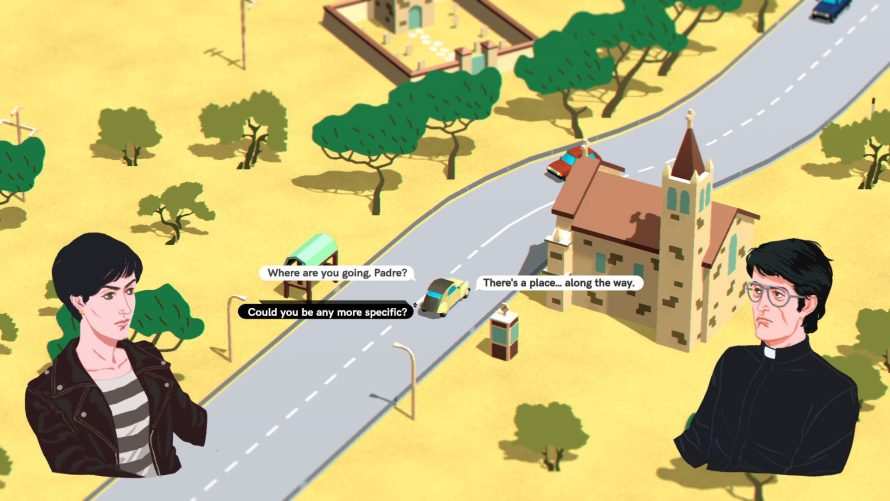 Ah, 1970s Italy. Definitely a time I wouldn’t mind seeing more of in video games, provided they can put as interesting a narrative spin on it as Santa Ragione has done with Wheels of Aurelia. It was a crazy time period where one wrong word could put you behind bars, or you could -- pretty much just as easily -- get into political nonsense. Whatever floats your boat. This was the time for it. Chances are this piece of IF has all that and more too, what with sixteen different endings and all. Very groovy.

Oddly enough, the game is not yet another text-based choose-your-own-adventure story. Instead, you’ll be partaking in what’s essentially a narrative-driven racer, making choices from behind the wheel. Choices which could just as easily end your little road trip as the opposite -- never know what might hap-- wait, did I mention the game has sixteen different endings and a genuinely groovy soundtrack?

That and a wealth of different characters, each with their own… agenda. Yeah. Let’s go with that. You’ll see what I mean, sooner or later. Word of advice, be careful who you ride with. I mean, the official description does state that “you may end up in car chases, illegal street races, or in tense debates with a catholic priest”. Yeah. That last bit. But hey, at least you’ll be looking good while doing all that!

Wheels of Aurelia is available from Steam and itch.io, at $9.99.