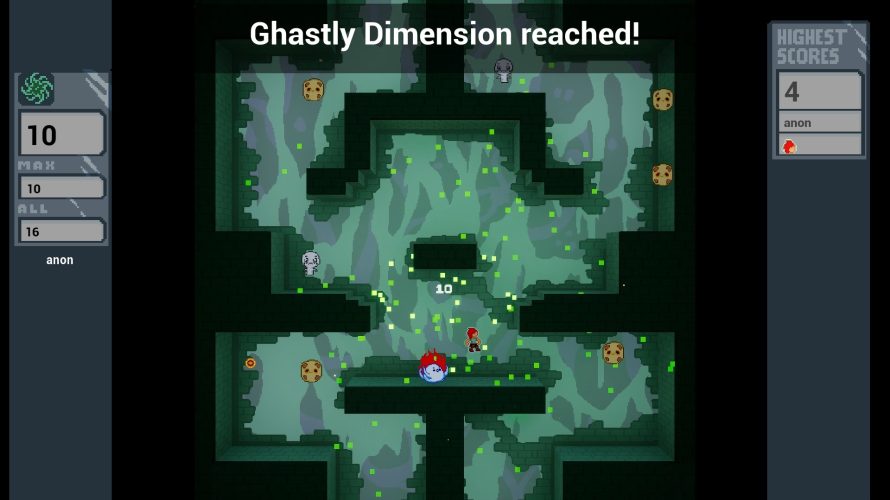 Way back, single-screen platformers were a rather big deal and a lot of them were pretty darn great: Bubble Bobble, Donkey Kong, Joust, Bomb Jack, and Lode Runner, to name but a few. Since then, while technology has obviously come a long way, enabling developers to do so much more, that didn’t stop Roofkat from making Warpthrough, a single-screen platformer in which the player will be patiently punching baddies while rushing towards the next warphole. Groovy stuff.

So, given the absolutely mindboggling amount of single-screen platformers out there, why cover this instead of any other? Warpholes, that’s why! Just kidding. It was the mechanics that caught my attention more than anything else. See, while the demo does feature a decent chunk of story to go with all the running, jumping and carefully timed punching, I was honestly more invested in the latter. Because unlike most other platformers, this one won’t let you button mash. At all. Oh, and you can punch in whichever cardinal direction. Yeah. 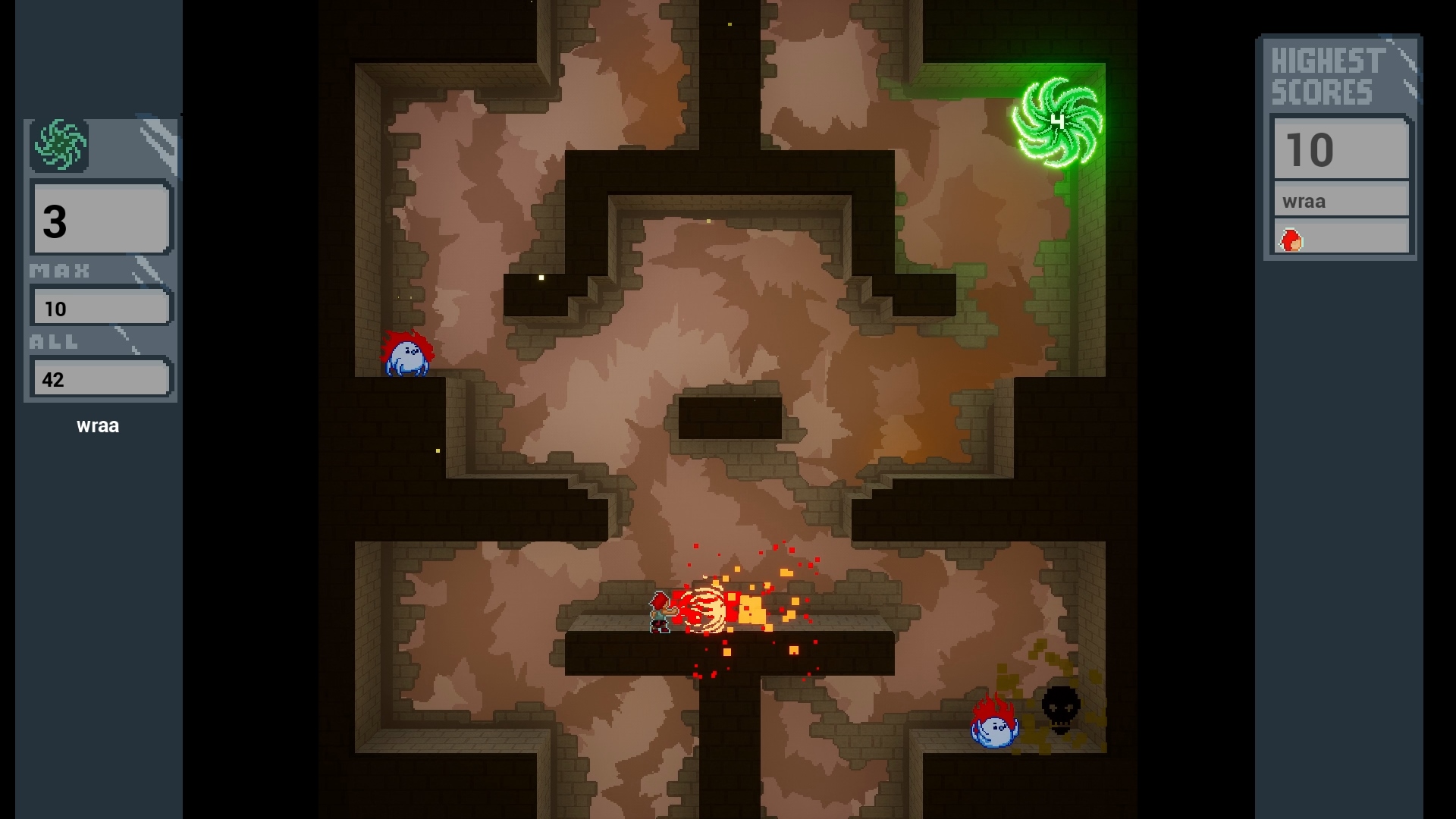 With a control scheme consisting of only four keys/buttons, none being a dedicated attack button, one might be wondering just how foes shall be slain. It’s quite simple though: not moving for about a second charges up an attack which can then be unleashed by pressing up, down, left or right, immediately annihilating any and all in range. Something that takes a bit of getting used to, sure, but at the same time, it does instill a sense of vulnerability in the player as he/she attempts to reach that next portal. After which the process repeats… with brand new enemies. Fun? You bet ya.

Cranking up the fun factor even further is the inclusion of multiplayer, up to four able to play at the same time. For which I’d strongly recommend controllers, even if your gamepad of choice requires the likes of Joy2Key. So charge those batteries and get ready to smash all the abominations unleashed with each consecutive warp. Do be careful though, as you only have one life to live. In the demo at least. A lot can change between now and launch. Just saying.

Warpthrough will be on Steam, come summer 2019. Its demo can be downloaded from itch.io.