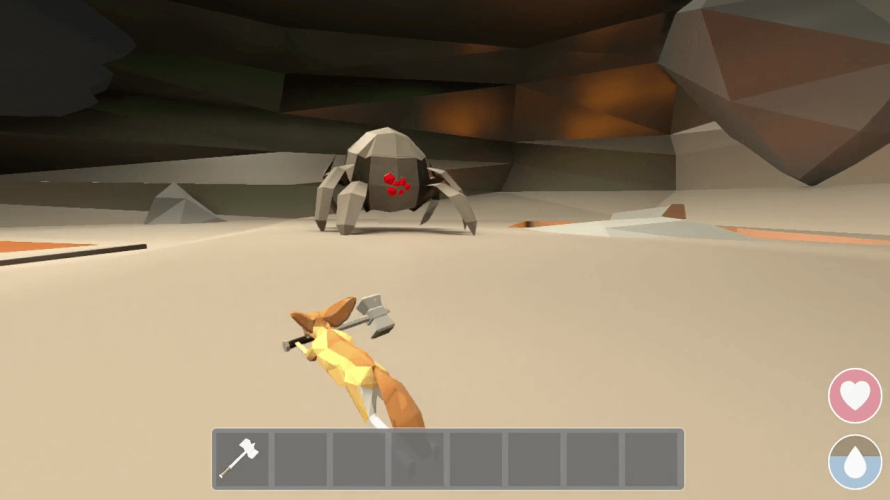 In Vulpine, survival of the fittest is the name of the game, and I’m not exaggerating. Not in the slightest. You either gather resources and gear up to fight for your life or… well, perish, falling prey to monsters, a deep, dark dungeon, or something else entirely. Ain’t easy being an animal in this harsh world, but who knows – it just might be fun?

I’m hoping it will be at least, once the game hits digital stores during July 2017. Until then, best we can do is stare excitedly at screenshots and trailers, imagining what awaits as we choose our animal/character, and venture out into the world of Vulpine. Oh, and however dangerous it may be, you won’t get far without a bit of exploration as resources will be your bread and butter (literally, perhaps?). Plenty of places to go, things to do and monsters to kill, after all. Also, something something dungeon delving.

Planning on going in alone – which will hopefully be at least somewhat viable –  or bring a group of friends along for the ride instead? Well, first there is the little matter of raising $30,000 via. Kickstarter, prior to September 22, 2016, giving Clockwork Giant Games another 37 days to crowdfund Vulpine. More than enough time, surely, but we won’t know until the final hour is upon us. Or maybe we will?

Right. Anyway, pledging $15 will allow you to pre-order the game, which, as mentioned earlier, is slated for a Windows / OS X release come July 2017, on Steam. No word on DRM-free availability or Linux, far as I can tell. Ah, and if you’re feeling rather generous and/or enjoy 3D printed memorabilia, $250 will net you such a figurine, painted by the devs. Definitely groovy. So… let’s get it Kickstarted!