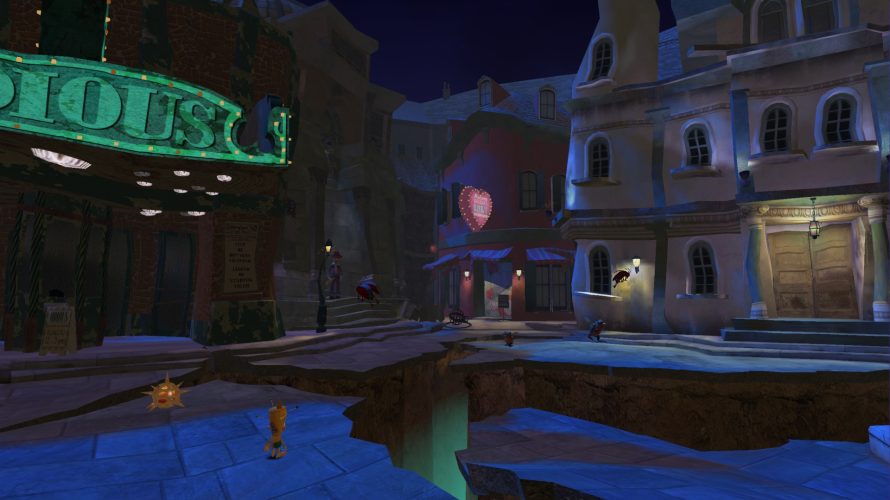 Generally speaking, voodoo is bad. Really bad. Not quite so in Xbox – as in, the original – exclusive platformer Voodoo Vince, surprisingly (and fortunately, I might add). I mean, it does feature a voodoo doll protagonist, and yes, he does have voodoo powers… but we’re talking about the good guy here, ya know? A good guy/voodoo doll who’s shenanigans everyone will soon be able to experience with a much-needed modern look. Very groovy.

Hard to believe that it’s been nearly fourteen years since Voodoo Vince first saw the light of day on Microsoft’s console. Fourteen long years, to say the least, for PlayStation owners and non-console fans alike, but the wait for both is almost over. Actually, that’s not entirely true, as the game will be hitting Steam, Windows 10 and Xbox One next month. But PlayStation 4? Uh, yeah… not unless it’s some extremely well-kept secret, sadly.

Aside from that little curiosity, there’s plenty to get excited about, regarding this upcoming remaster, like, say, a rewritten renderer to power the significant visual overhaul (widescreen, 1080p, 60 FPS, etc.) and of course, achievements! That said, according to the official announcement, the gameplay itself will remain “mostly untouched”, meaning Vince will be jumping, punching and spinning like back in 2003, piloting various vehicles and collecting any manner of power-boosting items.

Why? Well, to better beat up Jeb & Fingers and rescue Madam Charmaine from their wicked clutches! Won’t be an easy ride, though, remastered or not, seeing how, during the break-in, the two goons unleashed some seriously bad voodoo (by accident?), resulting in the dead being brought back to life, reality getting twisted, and other terrible stuff. Vince to the rescue, once more, later this year!

Voodoo Vince Remastered will be on Steam, Windows 10 and Xbox One from April 18, carrying a $14.99 price tag.

Voodoo Vince: Remastered Trailer
Facebook Twitter LinkedIn Pinterest Tumblr WhatsApp Telegram E-mail
Previous article In 'Forts', Towers Are Made to Clash, and Eventually They Will be... DEMOLISHED!
Next article The Greenlight Groove: 'Kova', and...