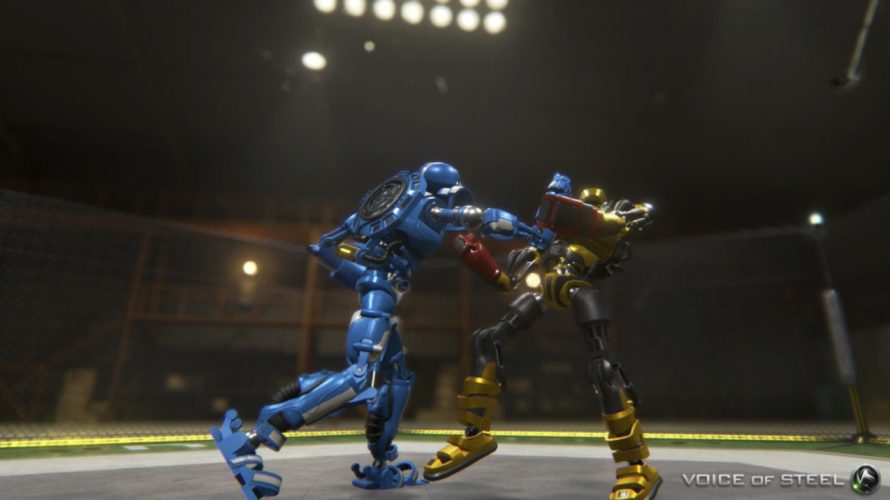 While many have enjoyed duking it out in the likes of Mortal Kombat and Street Fighter for decades now, myself included, imagine for a second that players weren’t restricted to the included movesets. Exactly. Voice of Steel lets you do exactly that, as this one’s a fighter which actually lets you create your own moves and do all kinds of crazy stuff, none of which is possible in traditional fighters; also, robots! Yeah!

Neat, eh? Well, this next bit is probably not gonna go over quite as well with most: it’s an online game. This does eliminate cheating (or should, at least) and, according to its creator, the battle simulation is handled by servers, which’ll lower the hardware requirements. But… it does also mean that an Internet connection will be required. Yup.

Aside from that, there’s plenty to like about Voice of Steel, including the amount of freedom each player has when building his/her ultimate fighting machine, mixing and matching sixteen different pieces in the process. Oh, and the parts that make up each individual robot are just the beginning, as moves/strikes are also fully tweakable, ensuring that – in theory – no two fighters are identical. Can’t help but wonder how the game’s gonna fare in terms of balance because of that, but I guess we’ll see in the months following its launch.

2067. People live in a world where robots are widespread in all spheres of life from housekeeping to labor at the factory. People don’t even fight themselves, they use robots.

Now, before we get to the punching, kicking, lunging, jumping and so on, there’s crowdfunding to be dealt with. While Voice of Steel has 17 days to go, the campaign is also $8,854 short of its $10,000 goal. Feel like pre-ordering? That’ll set you back $15, as opposed to its $30 post-release price tag. Meanwhile, dropping $20 adds beta access, while the noticeably more pricey tiers include things like a seasonal tournament created in your honor and exclusive content. Not quite convinced? Good thing its Kickstarter does feature a free tech demo, then.

Supporting the Voice of Steel Kickstarter doesn’t have to cost a single cent either, as I’m sure Point Cloud Studio would also appreciate you simply spreading the word about their campaign. Just saying.