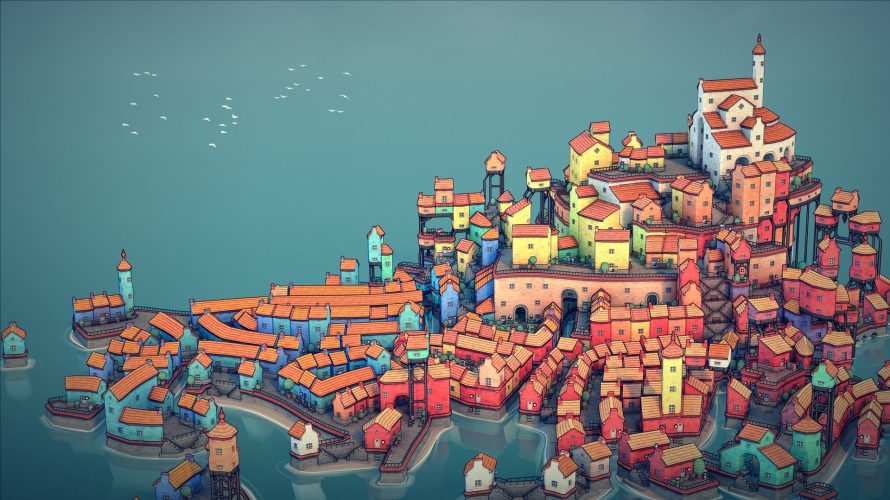 We could all do with a video game that doesn’t plop us into the shoes of a would-be savior of one or more worlds. A game that demands next to nothing from us, is void of anything resembling a goal, doesn’t make our head spin with a convoluted story, and so on. Something more zen-inducing, like Townscaper, which revolves entirely around simple construction of “quaint island towns with curvy streets”. Groovy stuff.

Now, I know what you’re thinking, and yes, Townscaper has been out for close to a month at this point, so why cover it now, far beyond what most would consider ‘news’? Well, here’s the thing: better late than never! Right? Right. Okay, yeah, there’s more to it than that, but mainly, I wanted to give a (late) shoutout to what looks like an absolute gem of a… game (that I have yet to play)? Toy? Experience? All of the above? All of the above. Oh, iOS and Android ports are right around the corner, so that too, ya know?

No goal. No real gameplay. Just plenty of building and plenty of beauty. That’s it.

All that said, this one seems to fit perfectly under the ‘zero learning curve’ umbrella, which is undeniably great for the procedural little Townscaper. Simply place colored buildings on a grid, and depending on their configuration, they’ll turn into “cute little houses, arches, stairways, bridges and lush backyards”. None of the typical city-builder hassle like managing traffic, pollution, or any kind of resource. Just drop down those buildings and brace for the beautiful construction of hamlets, cathedrals, canal networks, and… many others, surely. Cheap, accessible, clean fun, and in mere weeks, also available on mobile. What’s not to like, really?