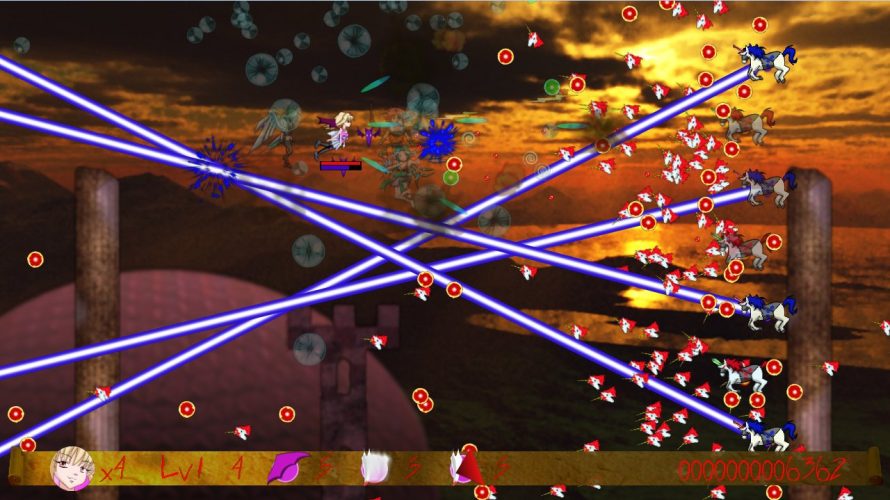 Most SHMUP titles seem to focus on flying around in space ship, dodging bullets and blasting aliens, but in Nuclear Unicorn Force things are a little different.

Instead of a space ship, you’re put in charge of bullet-dodging as a vampire princess while blasting.. mechanical unicorns! How’s that for a unique twist? And with over 30 stages of skill and patience-testing bullethell to get through there are plenty of evil unicorns to destroy, along with three different difficulty levels, boss encounters and a story told through voiced anime-style cutscenes.

But what really makes this one unique, is the “bloodsucking” ability that acts as a risk/reward system, since you’re required to drain the blood of your enemies to stay alive, but you need to get close to them first.. bet you thought bullets and lasers would be the only thing to worry about, eh?

If you feel like stepping into the shoes of a vampire princess to suck the blood of some evil unicorns, the PC version of Nuclear Unicorn Force can be purchased from In Excelsis Studios right here for $3.99 and a demo can be found here. The developer is also on Twitter and Facebook.

[Update: The game is now also available from Indievania]