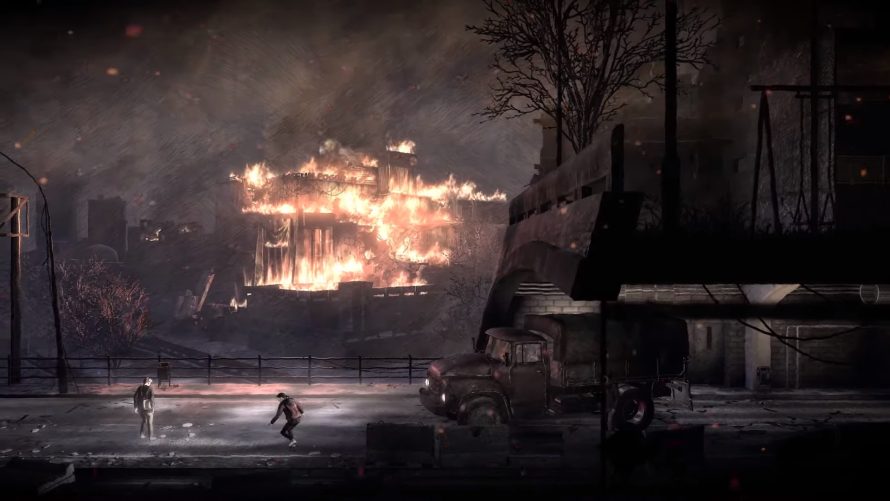 Which is more important, the survival of a life-long legacy or that of life itself? That is the big question in this latest of three pieces of This War of Mine: Stories DLC, Fading Embers, and with a slew of choices leading to multiple endings… I suspect no two players will reach the same outcome. Or at the very least, they will not be traveling the same road.

It seems 11 bit Studios is staying on track with these mini-expansions: one in 2017, one in 2018, and now, the finale in 2019. But hey, at least those who picked up the season pass got everything they paid for, even if the wait was a bit long. That said, I do like the overarching big question this one brings to This War of Mine, forcing players to carefully consider their choices – this time, more than ever before.

The expansion features story-driven scenario that tells a story of Anja living in a warzone and carrying a heavy burden as she has to answer to herself what is more important – survival of human legacy or the survival of a man.

As for what else we can expect from Fading Embers, well, I’m not entirely sure, seeing how all details available are in the above quote. I’d wager the DLC will include stuff like new locations, playable civilians, perhaps even a moral dilemma or two, though; you know, the usual goodness to further expand the bleak war-torn survival that is This War of Mine. So, worth the wait? More details desired? First gets a ‘probably’ and the latter… a strong ‘definitely’.

I’ll know more after playing This War of Mine: Stories – Fading Embers. Something you should consider doing too, seeing how it’s readily available at the time of writing. So… what are you waiting for?

Note: This War of Mine: Stories is only available on Steam, GOG.com, and Humble.