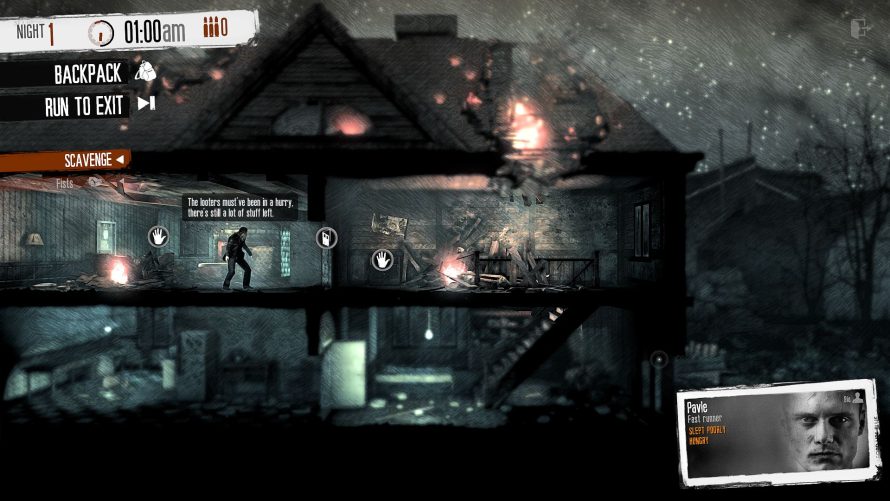 This War of Mine, with all its doom-and-gloom scenarios, has come a long way since its launch back in 2014. Among other things, children became part of the torn, post-apocalyptic world, because the game clearly wasn’t depressing enough already. And I mean that in a good way. Kinda. Right. Anyway, while not as expansive, the recent Anniversary Edition update is not only free but… does come with a brand new ending. Good ending? Bad ending? Who knows!

That’s not all this content patch adds to Games Republic’s horror-esque 2D survival title, though, as it also enables players to explore new locales and encounter new NPCs. Both of which are certainly a welcome addition, and yes, I am saying that with no knowledge of what they contain/are. Could be a handful of super dangerous zones and beastly barely-human-anymore characters, for all I know. Probably isn’t the case, but ya never know. Ya just never know. War is hell…

…fortunately, in this case, it’s also a ton of fun, not to mention rather challenging. Keeping everyone safe, cared for and supplies stocked is no mean feat. Expect death, disease, random raiders, and other nasties to plague your little group of survivors; and, if you have the Little Ones DLC… kids. Kids who likely won’t ever reach adulthood. Oh boy.

This War of Mine is available from a variety of digital stores, for desktop and mobile alike.