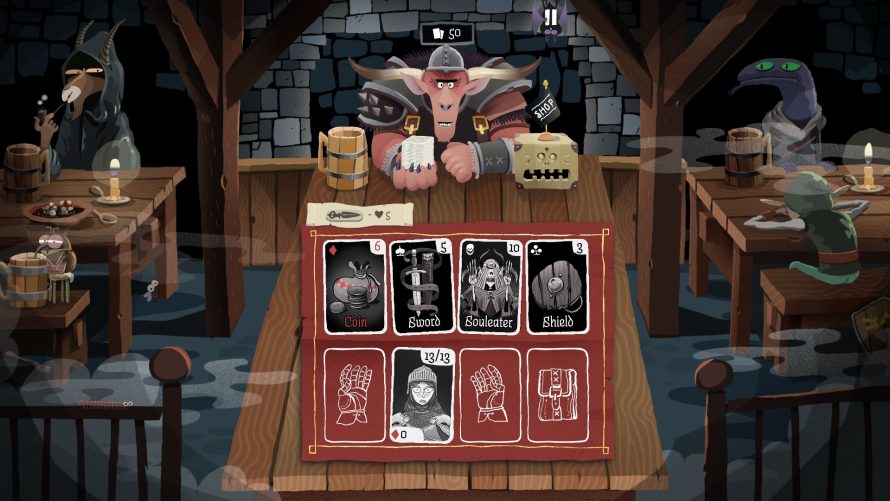 We’re less than 48 hours from the fabled Valentine’s Day! Have YOU bought a present for your significant other, or at the very least made awesome plans? If not, maybe something among my picks from recent Steam additions can still save ya. Maybe.

Treasure Adventure World ($9.99)
I’ve said it before, and I’ll say it again: shrinking boat! Its protagonist has one. I want it (yeah, that’ll happen).

Aegis Defenders ($19.99)
Oh boy. This is one of those rare ‘almost picked up a copy at full price because of how awesome it looks’ cases for sure. I mean, a blend of tower defense and metroidvania, with four playable characters… AT ONCE… in 2D? I want it. I want it all. I want it all. And I want it now!

WARTILE ($19.99)
Wait, is this a boardgam – OH MY GOD! THE MINIATURES ARE ALIVE! Well, kinda. Alive enough to make this look absolutely incredible in my books, and just when I was about to give up on turn-based strategy, too. Groovy.

Aperion Cyberstorm ($14.99)
You know, it’s been a while since I braved the darkness in a twin-stick shooter, so what better way than this rather colorful experience? Might even bring a friend along, because… it’s dangerous to go alone. Heck, how about two? Or three? Or FIVE?! YEAH!

Remnants of Naezith ($9.99)
Grapple, grapple, grapple some more, and swing to win! The pace is fast, obstacles plenty and… well, that is a pretty neat grappling hook thingie he’s got there. Like the shrinking boat, I want one. Can I have one? No? Alright. Just the game then.

Dandara ($14.99)
From one fast-paced platformer to another, eh? Only this one apparently lets you manipulate gravity, and ya don’t get a fancy tool for traversing its rather hazardous world. Intriguing. Also, that art style. Wow.

Attack of the Earthlings Launch Trailer

Attack of the Earthlings ($24.99)
Turn-based strategy in which I get to play the aliens for once, and with inspiration clearly from the likes of XCOM: Enemy Unknown? To hell with humanity. I’ll gladly join the bad guys… just this once!

Ski Hard: Lorsbruck 1978 ($8.99)
Generally speaking, I tend to steer clear of titles billed as ‘infuriating’ by their creator. And yet, something about this one. Maybe it’s the minimalistic look of it all, as players hit the slopes, dodging trees and other obstacles, as they ski down a mountain.

A Case of Distrust - Launch Trailer

A Case of Distrust ($14.99)
Holy crap on a cracker, what a combination. Murder mystery, silhouette style visuals, and such incredible music to top it off. Hopefully this plays as amazingly as it looks…

Card Crawl ($2.99)
Solitaire is boring as hell, there’s no way around that. But what if someone turned it into a dungeon crawler? What if – oh right, that’s exactly what this one is. In a really weird way. Looks like it might be fun to shuffle through (get it?), though.