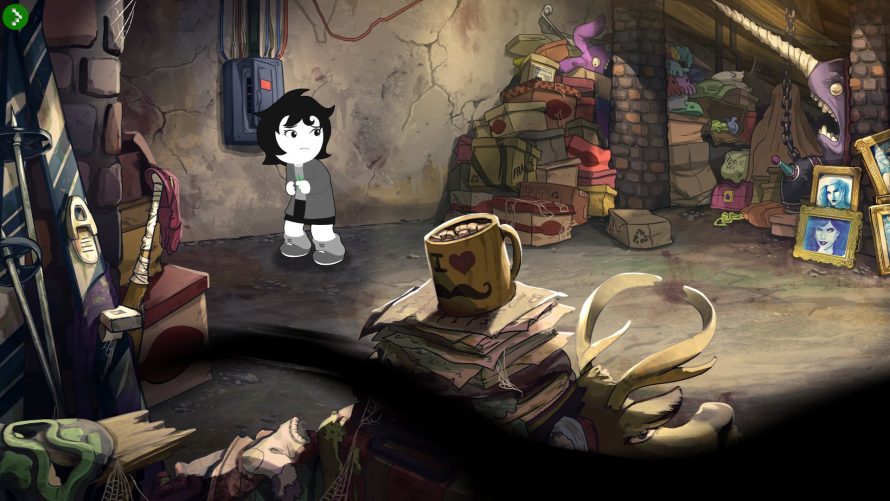 The rate of Steam additions slowing down? Not even remotely, as the list below this lengthy paragraph certainly proves (and those are simply personal favorites). From a rhythmic affair that’s absolutely rockin’ to running your own restaurant with a dragon or two for good measure, there’s a lot to like here. I mean, if you’re into dragons that rock dinner templates. Or something. I’ll try my darnest to make more sense in my notes regarding each pick. Maybe. Probably not.

HIVESWAP: Act 1 ($7.99)
“Monsters in the yard. Monsters in the house. Monsters in the hall, beating on your door.” Yeah. I get it. Monsters everywhere. Monsters bad! Or are they? Well, either way, while I don’t know anything about Homestuck -- the web comic… universe…(?) in which HIVESWAP takes place -- I will say this much: based on the trailer, this one’s created from a mix of madness, hilarity and lovely colorfulness. Groovy blend, if there ever was one.

Guitar Hardness ($2.99)
Alright so maybe I picked this one because of my love for all things Guitar Hero/Rock Band. But who’s to say the triple-note track doesn’t lead to some inspired gameplay, or at the very least, a rockin’ time with a cute art style? Also, there’s a competitive mode!

Cook, Serve, Delicious! 2!! ($12.99)
Food, glorious food! Food for thought? Nom nom nom? All of the above? Even though the first game absolutely kicked my ass, I honestly can’t wait to play the sequel. It looks like a much more seasoned (get it?) experience, overflowing with juicy flavors to pick from across the 60+ hour campaign. That’s a lot of meal prepping and restaurant managing, not to mention… well, yeah, you will have to take out the trash and clean toilets every so often. One-man army? Indeed.

Burst Fighter ($9.99)
Bullets! More bullets! BULLETS EVERYWHERE! Which is perfectly fine for a shmup title as colorful and customizable (its ships, that is) as this. Also, explosions, pretty lights and apparently, there’s some sort of story. Which probably doesn’t make a lot of sense, as that seems to be the norm for this particular genre. Aside from that, it does seem to check all the right boxes for, well, a good time. With explosions. And bullets. Kaboom!

Puzzle Dating ($0.99)
Generally speaking, “dating sims”… are not my thing. At all. Yet there’s something about this one. This… odd… sliding puzzle… thing. Maybe it’s the relaxing music, or the uniqueness of its concept. Maybe something else entirely. Hard to say. Oh, and on the topic of stuff that’s hard (your mind out of the gutter, please): that price tag. I’d swipe right. Would you?

The Witch’s Isle ($2.99)
Yeah so… I may be a bit of a sucker for pixel art, and even more so when it comes to pointy and clicky adventures. Which we’re definitely dealing with here, featuring a healthy dose of horror if the trailer is anything to go by. That and some serious background/foreground shifting. Neat stuff. Oh, and the protagonist is cursed. Groovy!

How To Play Vienna Automobile Society

Vienna Automobile Society ($14.99)
Don’t ya just love it when a trailer almost immediately makes the leap from “hmm…” to “I NEED THIS GAME”? I do, and that’s what happened here. The second I saw actual gameplay, I wanted more. Much more. Top-down racing is nothing new, that’s for sure, but giving players the ability to create the fabled ‘optimal line’ as the race is ongoing? Now that’s new. New and VERY interesting! (Hence the ‘how to play’ from its creator, in favor of a trailer.)