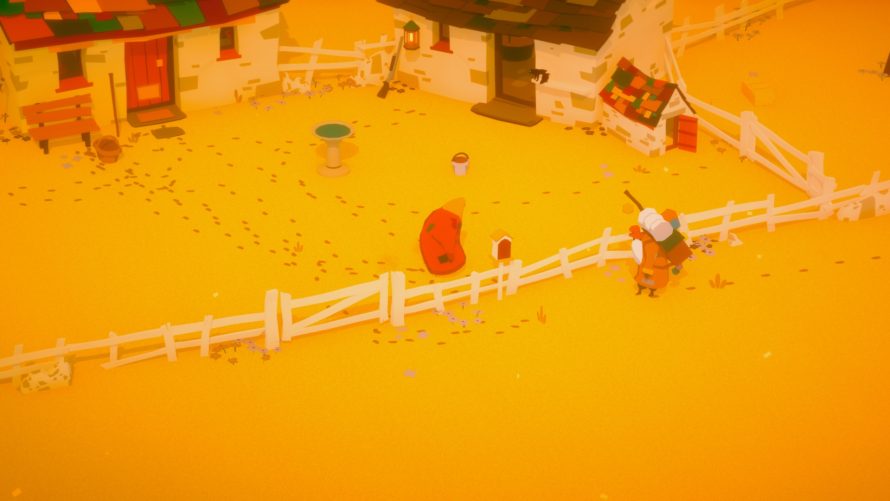 Once upon a time, a bustling village existed where now only a small farm lies, (almost) everyone has long since left for the big city; greener grass, perhaps? In theory, sure, but Talma would have none of that in The Stillness of the Wind, opting to stay behind instead, tending to her homestead, goats, chickens and all. Her age is starting to show and her days are numbered, but that’s not going to stop her from living the only life she knows.

A life which is actually rather uneventful, her days spent watering the crops, milking goats, curdling said milk to cheese, and so on. Typical farm stuff, really, and who knows – maybe such basic tasks are in fact all she desires, a simple and easy routine. Not thereby saying that she’s completely cut off from the outside world, for while her home does more or less reside in the middle of nowhere, letters do still reach her. Letters which, for better or worse, provide Talma with a glimpse into the lives of those so very far away.

See, every so often, the route of a traveling merchant will take him by the farm, and with him, mail! That’s right. No mailman or anything even remotely fancy like that to deliver letters. Just a seemingly random stranger, which means she’s more than a little lucky they don’t simply end up lost somewhere, ya know? This particular character is also her only human interaction, and means by which hay for the goats – as well as seeds, shotgun shells and more exotic items – can be acquired. Provided you have acquired items with which to barter, prior. Otherwise, no deal. 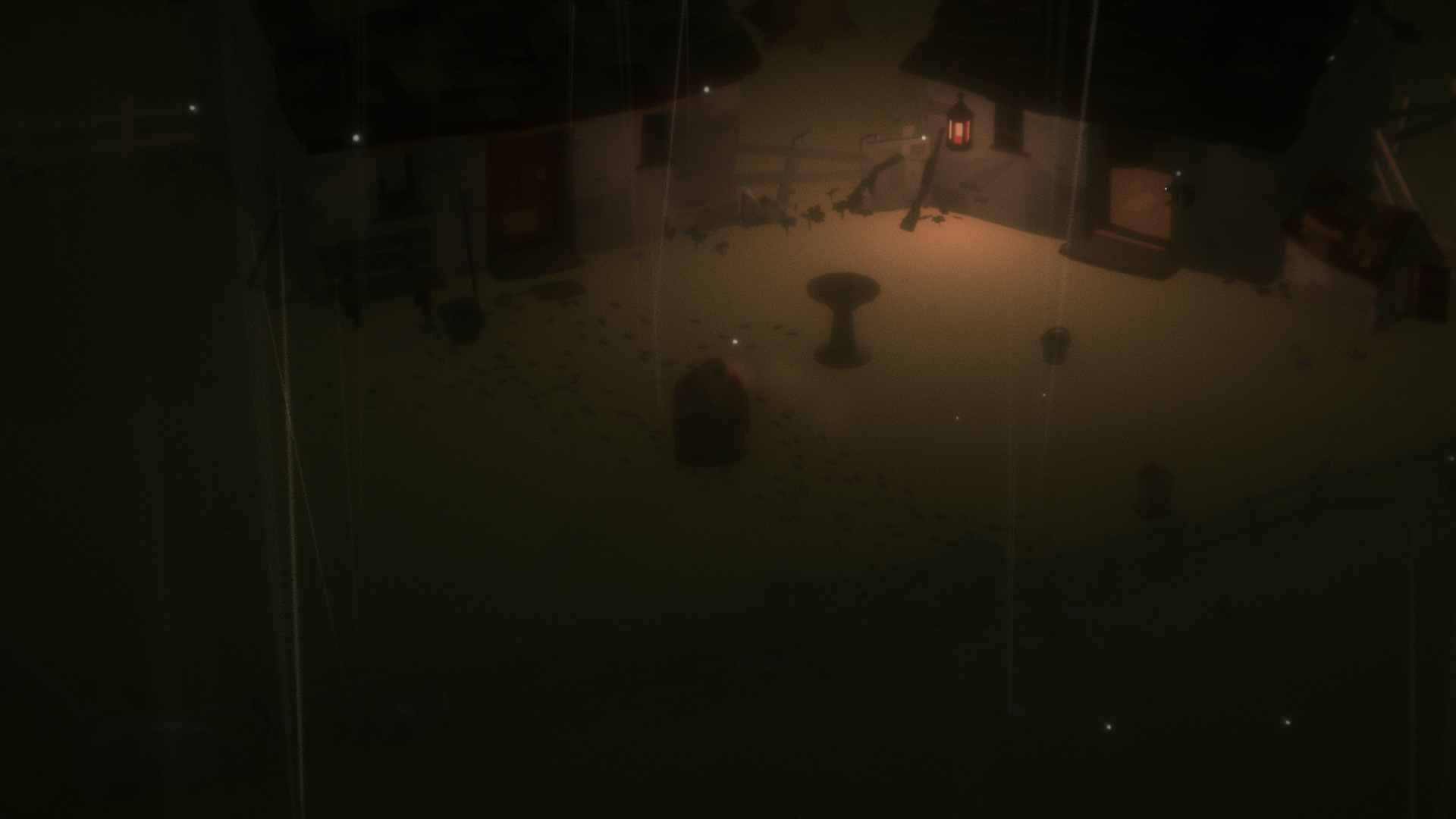 As you’ve likely come to realize at this point, The Stillness of the Wind is a surprisingly fitting title, perfectly describing what I experienced. During the handful of hours before the credits rolled, I rarely felt any sense of urgency, even if night would often come much too soon. Between making sure the goats didn’t go hungry and the process of cheese-making, rarely had I time to explore, to investigate what lied beyond the worn-down fences that marked the end of the farm and the beginning of a desert. But that’s just the kind of game this is. There’s no grand adventure in a vast world full of hidden treasures to be found here, and that’s fine.

What players will, however, find upon spending a couple of hours in Talma’s shoes is a relaxing journey through her remaining days, however few, and – as the developer puts it – “a quiet rumination on life and loss”. Exactly how they’re spent is up to each individual, the game providing plenty freedom to explore (even if limited daylight makes wandering too far rather difficult) and tend to the farm however you see fit. 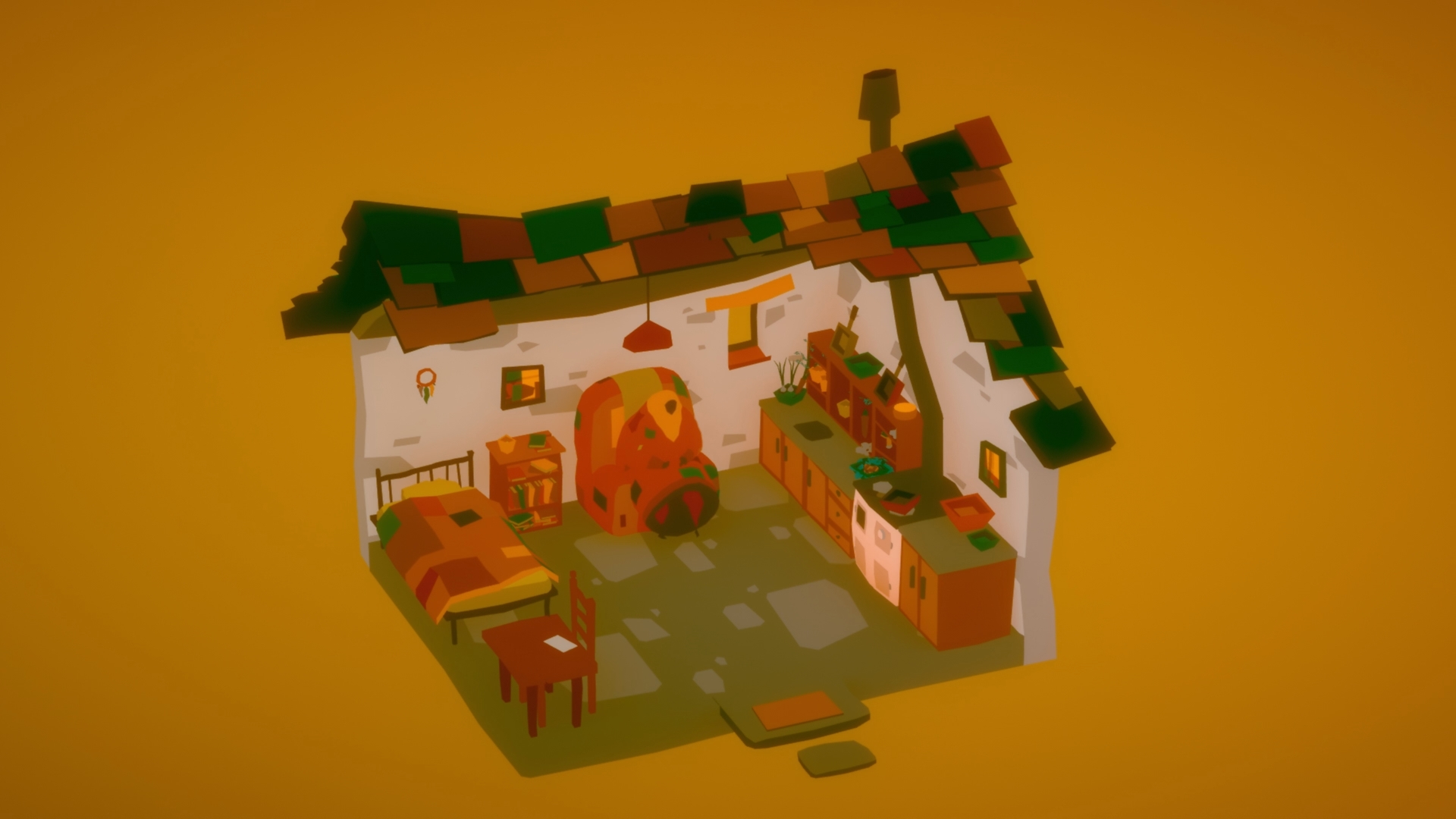 Although hopefully, you’ll be able to do a better job than I did, often ending up lost in thought, meditating for hours on end in the most comfortable chair around instead of, you know, taking care of various chores. Crops and the odd plant were watered, goats fed, and Talma only rarely went to bed with an empty stomach. In fact, if not for the letters, I’d say she’s got it pretty good. Ah, those… letters. Yeah.

To spoil as little as possible, I’ll just say this about them: all is not well for those who have long since moved to the city (ie. Talma’s relatives). But hey, news is news, as while hardly uplifting, they do bridge a gap between the two worlds – city and farm – and that’s worth more than one might think. Not just because said letters make up the bulk of anything resembling a story in The Stillness of the Wind either, although save for tales crafted by player choices, that is undeniably the case. 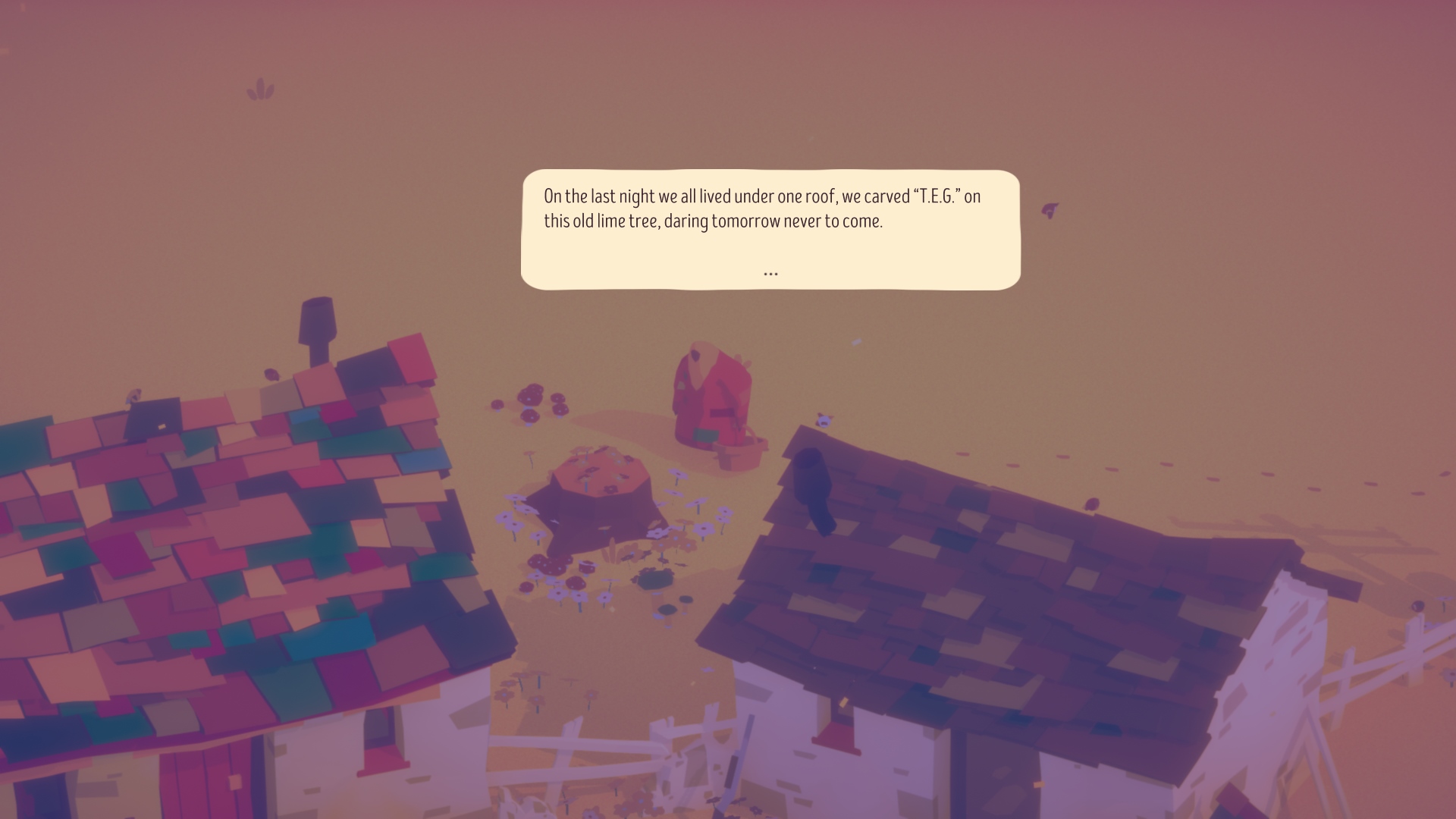 Those who decide to explore the surrounding area will find plenty of little details however, each bringing about a memory of, dare I say, a better day? Maybe that’s just me. Maybe my time spent as Talma has made me – like her – long for a time gone by. At least that’s how I interpret her remarks upon interacting with various ‘landmarks’ as the sun threatened to set in the distance, nightfall often carrying with it a set of unique troubles. Or maybe we’re both just nostalgic suckers. Also a possibility.

Whatever the case, however at times annoyingly slow the pace, once all was said and done in The Stillness of the Wind, I was glad to have walked a mile or two in the shoes of its protagonist. Didn’t care for how certain actions, such as milking goats and curdling milk to cheese, had me waiting for a bar to fill before clicking to proceed, but those are minor nitpicks amidst such a unique and emotional experience. One I would highly recommend, and not simply because there really isn’t anything quite like it.