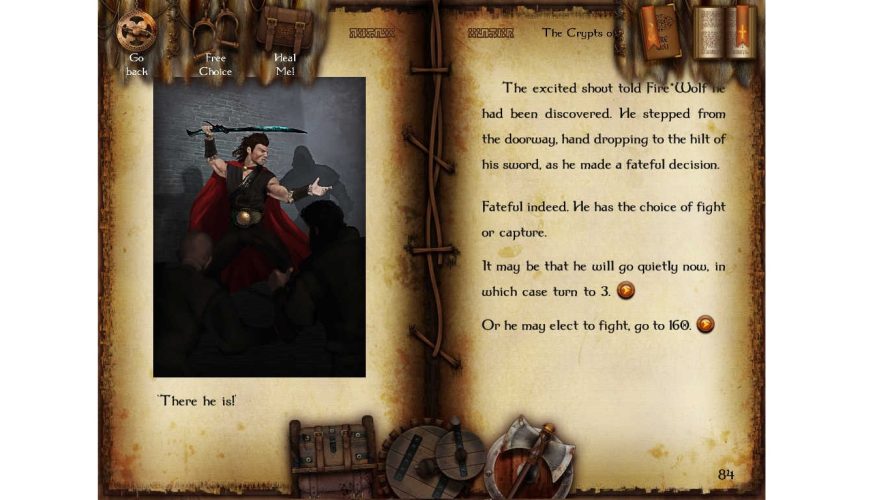 Tin Man Games are on a roll. First, we got Appointment With F.E.A.R., and now they’re back already with another choose-your-own-adventure! Originally released as Sagas of the Demonspawn, The Sagas of Fire*Wolf tells the collected tale of an exiled barbarian’s quest for answers… (cue dramatic music).

Unlike prior digitization efforts, this isn’t just a lone book turned video game. Not two or three either, as they’ve bundled a grand total of four in one app/game; a ‘complete edition’, as it were. Undoubtedly a lengthy adventure full of danger and excitement, and from the look of things, it’s also running on the same engine as Fighting Fantasy: House of Hell (review). Or perhaps an updated version? Whichever it is, similarities are certainly plentiful: an automated adventure sheet, a bookmark system, visual dice rolling, and brand new art by one Simon Lissaman. Good stuff.

Growing from a simple barbarian to a skilled sorcerer, Fire*Wolf will not only have to survive personal danger but thwart the greatest threat Harn has ever had to face… The Demonspawn.

Danger and excitement – called it! Seriously though, if that’s not a worthy quest for one carrying the name Fire*Wolf, I don’t know what is. First time I’ve heard of a barbarian turning full-blown sorcerer though because as far as fantasy goes, people are usually one or the other – never both. But maybe J.H. “Herbie” Brennan, creator of the original printed version, has found a way to make it plausible (fiction or not). He did write other books before Sagas of the Demonspawn, after all, so… experience, ya know? 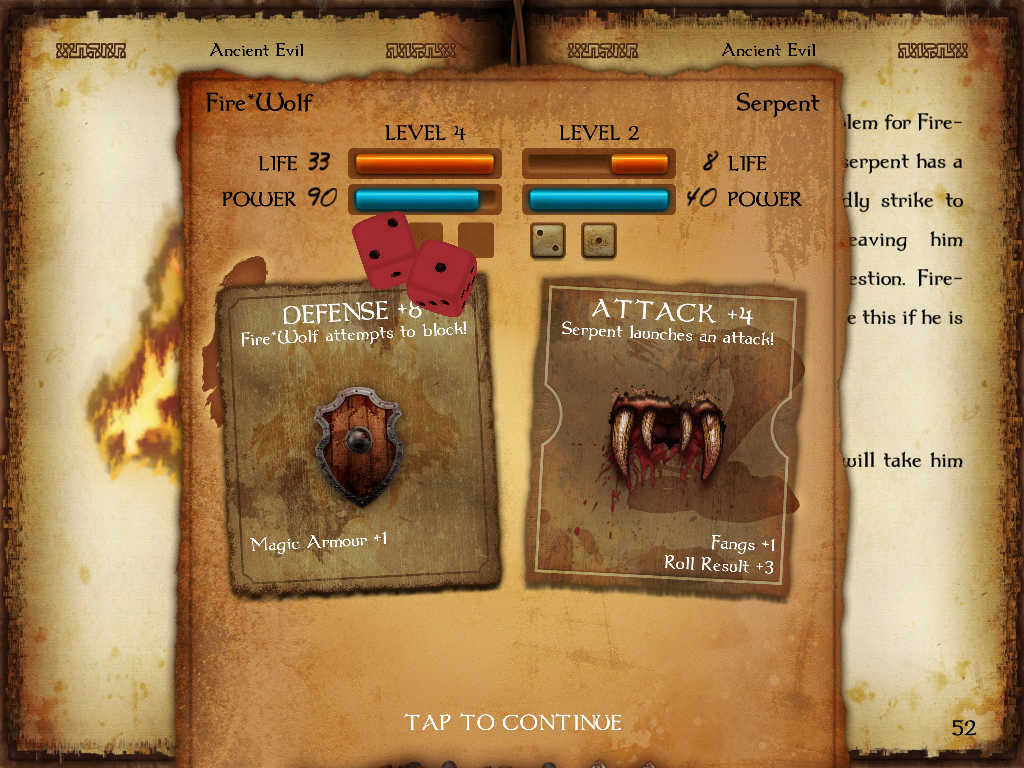 Oh and speaking of “Herbie”: Tin Man Games are planning on digitizing Grailquest, another of his creations, come 2015. Although seeing how the King Arthur-themed series consists of eight books, I highly doubt they’ll go for another ‘bundled’ app/game. But alas, time will tell. For now, The Sagas of Fire*Wolf‘s mysteries awaits brave would-be barbarians, eager to scratch that choose-your-own-adventure itch.