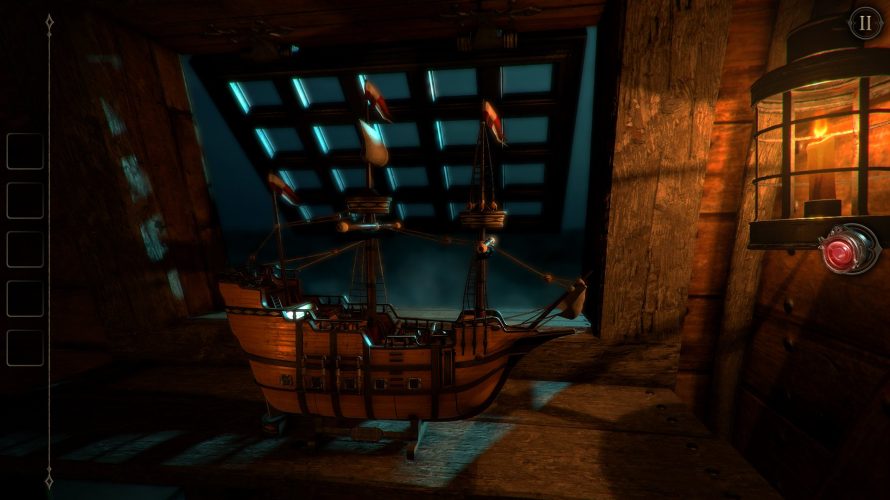 Remember how The Room took place in an abandoned, and rather creepy, house? How you’d twist knobs, adjust light and shadow in a three-dimensional space to open drawers, and numerous other crazy puzzles that’d make yer head spin? And above all, how much fun it was to play the noticeably enhanced PC port? Sure hope so, because The Room Two awaits on that very platform, luring you into… a long-forgotten crypt! Oh and it’s a trap. Literally.

Pretty nifty, eh? I mean, who needs an old, barely-lit attic, when you can explore a dusty crypt instead, really? Well, ignoring the bit about it being a trap, anyway. But hey, at least now you have proper motivation to solve the mystery and its many puzzles – unless of course, you feel like staying there for all eternity. Which would be bad.

That said, having played the original for a good bit, if its sequel – enhanced PC port or not – is anything like it, I’d recommend a patient approach, as this is by no means a fast-paced experience. The creator does claim to have expanded upon the gameplay, but I suspect you’ll still be rotating the camera around an object to find that one interactable spot which will, in turn, enable you to dig deeper into a metaphorical box… and that’s just for the most basic stuff.

Follow a trail of cryptic letters from an enigmatic scientist known only as “AS” into a compelling world of challenging mystery and tactile exploration.

There’s also bound to be a wealth of tiny objects to manipulate, like, say, the sails or cannons on the ship in the above screenshot. Maybe they’ll even fire, triggering a The Incredible Machine style event? Yeah right. Ya never know though. Just remember, if something can be zoomed in on for further investigation, chances are it serves a purpose – part of a greater puzzle, so to speak…