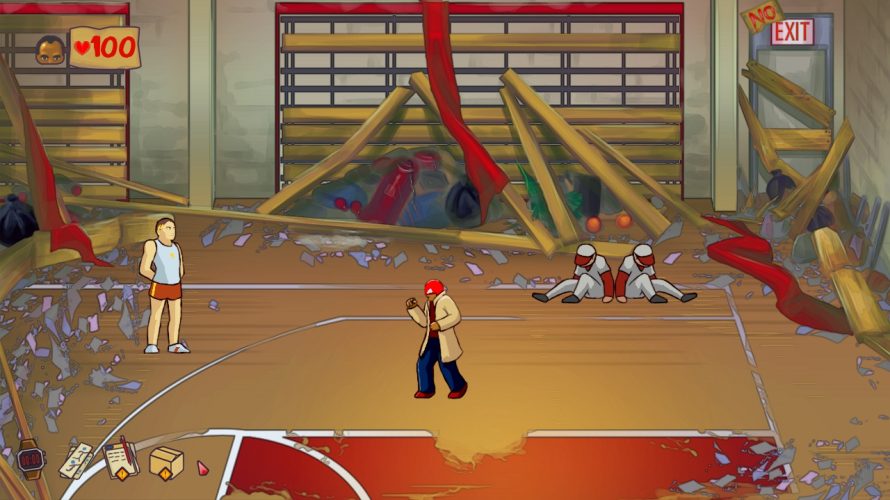 These past few years have proven quite the bumpy road for Pyrodactyl, creator of the zany Will Fight for Food, among other. Quite the bumpy road indeed, and yet, hopes were high that the fairly recent reveal of The Red Stone would eventually lead to another interesting title from said developer. But… less than a week ago, bad news regarding that mysterious stone – and its creator – were shared.

So, less than a week ago, Arvind (aka. Pyrodactyl) posted a little thing titled ‘Pyrodactyl, Paused‘, detailing how he felt it was time to “step away from Pyrodactyl for the near future”, and why. An almost entirely sad update, if not for the fact that he also mentioned his engagement (congratulations on that, by the way), and how he’s been given the opportunity to join Ubisoft Abu Dhabi. Even if you, like so many people, have little love for Ubisoft, I’m sure you can see how this is an undeniably big deal.

Ain’t the first time a break was taken from Pyrodactyl either, and I suspect it won’t be the last. Game development as an indie studio, big and small alike, can be incredibly taxing – both mentally and physically. Even more so when you end up getting you-know-what by publishers, like this; for shame, KISS Ltd!

As for whether this means The Red Stone will never see the light of day, well, who knows? Probably not even Arvind, at the time of writing. I choose to remain optimistic however, even if next to nothing is known regarding the title. Actually, nothing at all has been revealed, outside of the odd logo(?) on its page. But optimism. Optimism!