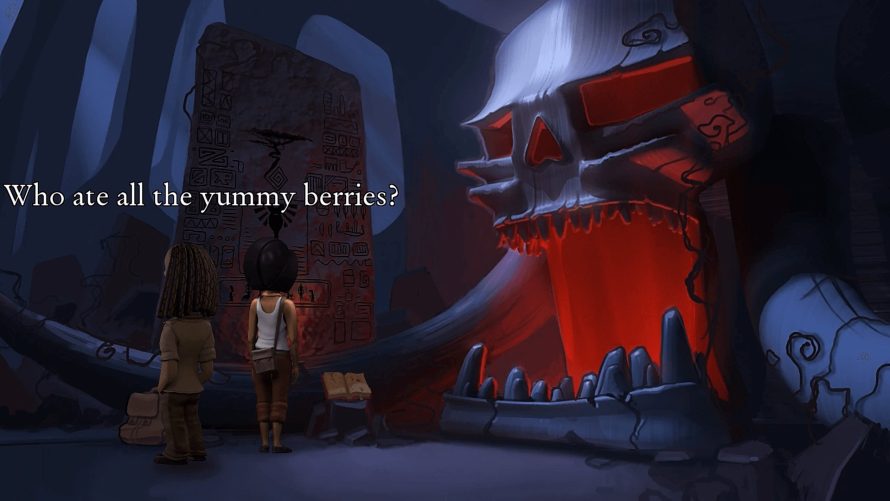 All good things must come to an end, and such is also the case for Bwana, Kito and Lita’s wondrous journey to the Underland, which concludes with The Journey Down: Chapter Three. An action-packed rollercoaster ride of fun and mayhem, with the occasional supernatural twist; one that wraps up the trilogy nicely on all fronts. What started as a lovely little trip fueled by the discovery of a long-lost journal quickly became so much more, forever changing the lives of those involved.

Like The Journey Down: Chapter Two before it, The Journey Down: Chapter Three begins almost exactly where its precursor left off: at their long-sought destination! So far, so good… right? Yeah, except for the fact that they’ve only just arrived -- still ways to go before their reason for being here is reached/acquired, and so many puzzles. Some of which had me stumped for a good bit too, I might add!

After stopping to think about which areas were currently available to me, however, who inhabited said locales, and so on, more often than not, the next step came almost naturally. Something that definitely can’t be said for other point ‘n click adventures, but this one? Quality puzzles, all the way. That said, it didn’t exactly hurt how the game would throw me a bone every so often, hinting at what needed to be done in order to progress. While some might roll their eyes at this kind of borderline hand-holding, at least the lines of dialogue that provided said hints were well-integrated, so there’s that if nothing else. 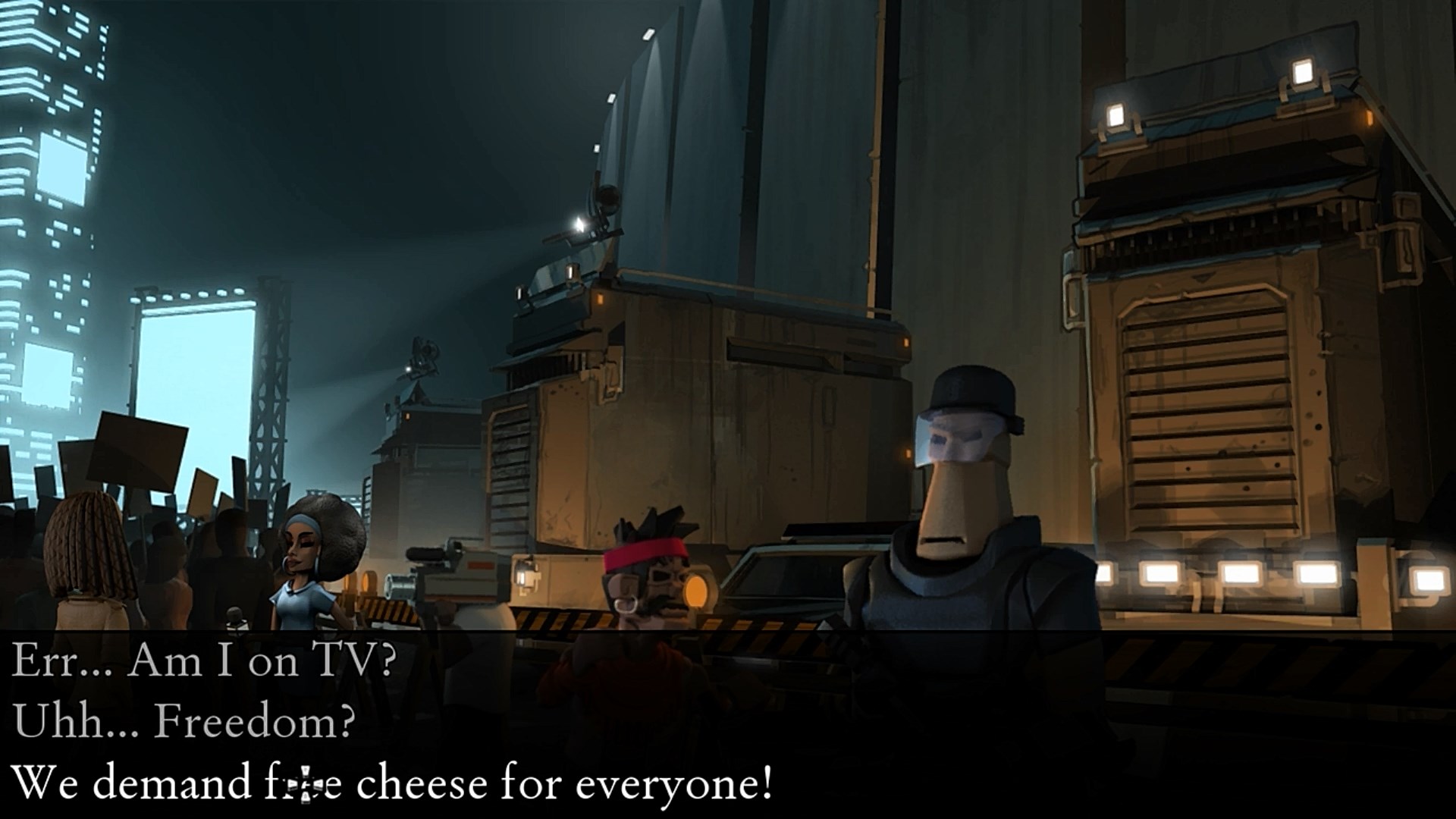 Speaking of dialogue… there’s a lot of it in The Journey Down: Chapter Three. A lot. Some is (obviously) required to progress, while other conversation options exist purely for those who enjoy learning more about the world and its inhabitants. Oh, and it is definitely a big world this time around, covering a huge city, several small islands, as well as… wondrous caves? Maybe just caves. Yeah, let’s go with that. Just your plain ol’ ordinary caves. You’ll see. It makes sense.

During your time in the city, transportation is handled by way of a map, new destinations automatically added upon discovery, making everything feel connected removing the need to remember which alley leads to which part of town. Something I can certainly appreciate, as this also eliminates aimless wandering from A to B, which you’ll be doing a lot of anyway -- especially when it comes to the game’s puzzles.

I’m getting way ahead of myself though, completely forgetting about the story. To summarize, and I do apologize for potential spoilers (for those reading a review of the third chapter before finishing the two prior), the Armando Power Company is still up to no good and the stakes are higher than ever. See, Bwana, Kito, and Lina are not the only ones interested in the mystical secrets of the Underland, and unless those power company punks are stopped in their tracks, the entire world could very well fall apart. But hey, no pressure!

Now, the four or so hours I spent with The Journey Down: Chapter Three before the credits began rolling, brought about plenty joyful laughter and tense “oh no!” moments, as well as sadness. The latter mostly because, well, you know… this is very likely the last we’ll ever see of the silly trio. Unless of course, SkyGoblin decides to create another The Journey Down game? A prequel, maybe, allowing us to experience Bwana and Kito as a couple of young rascals? Could be pretty awesome. Just saying. 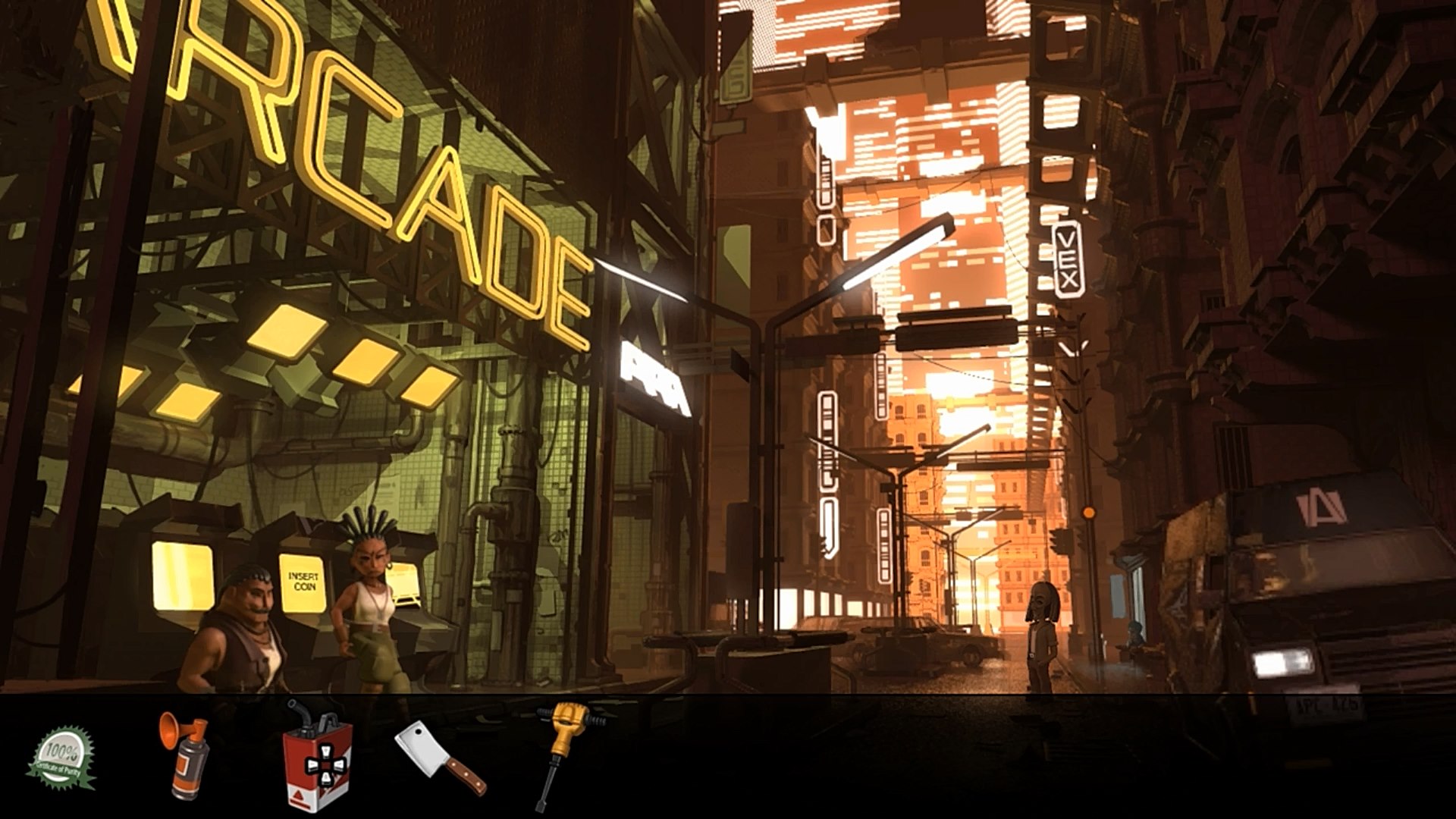 But until that happens, if ever, I’m gonna focus on this third chapter instead, and you better believe it is a good one, both in terms of art, music and gameplay! I mean, who doesn’t like some jazzy reggae music every now and then? Fits the visual style perfectly too, what with the whole “Afro-Caribbean vibe” thing it’s got going on, and of course… the fact that a large portion of the world is rather… dark. Dark and tense, almost like it knows something bad is about to happen. Unless our heroes are successful, that is.

On a somewhat related note: those who remember The Journey Down: Chapter One are in for a treat here, as more than a few familiar faces make an appearance; on top of an extremely obvious throwback near the end. Even though it’s been several years since I last played the beginning of this story, I was still able to recognize said characters the second they appeared on-screen, not to mention certain locales that are also revisited. Groovy stuff for sure.

Not thereby saying that new characters and locales are forgettable because nothing could be further from the truth. Even minor one-conversation-and-never-again inhabitants still help flesh out the world, and the same goes for the various streets, paths and… wherever else this journey leads. Doesn’t matter if they carry plot relevance or are simply amusing (locales and characters alike). Because the developer decided to include them, they’re relevant in my books. Even those who remain forever in the background, never to be interacted with. 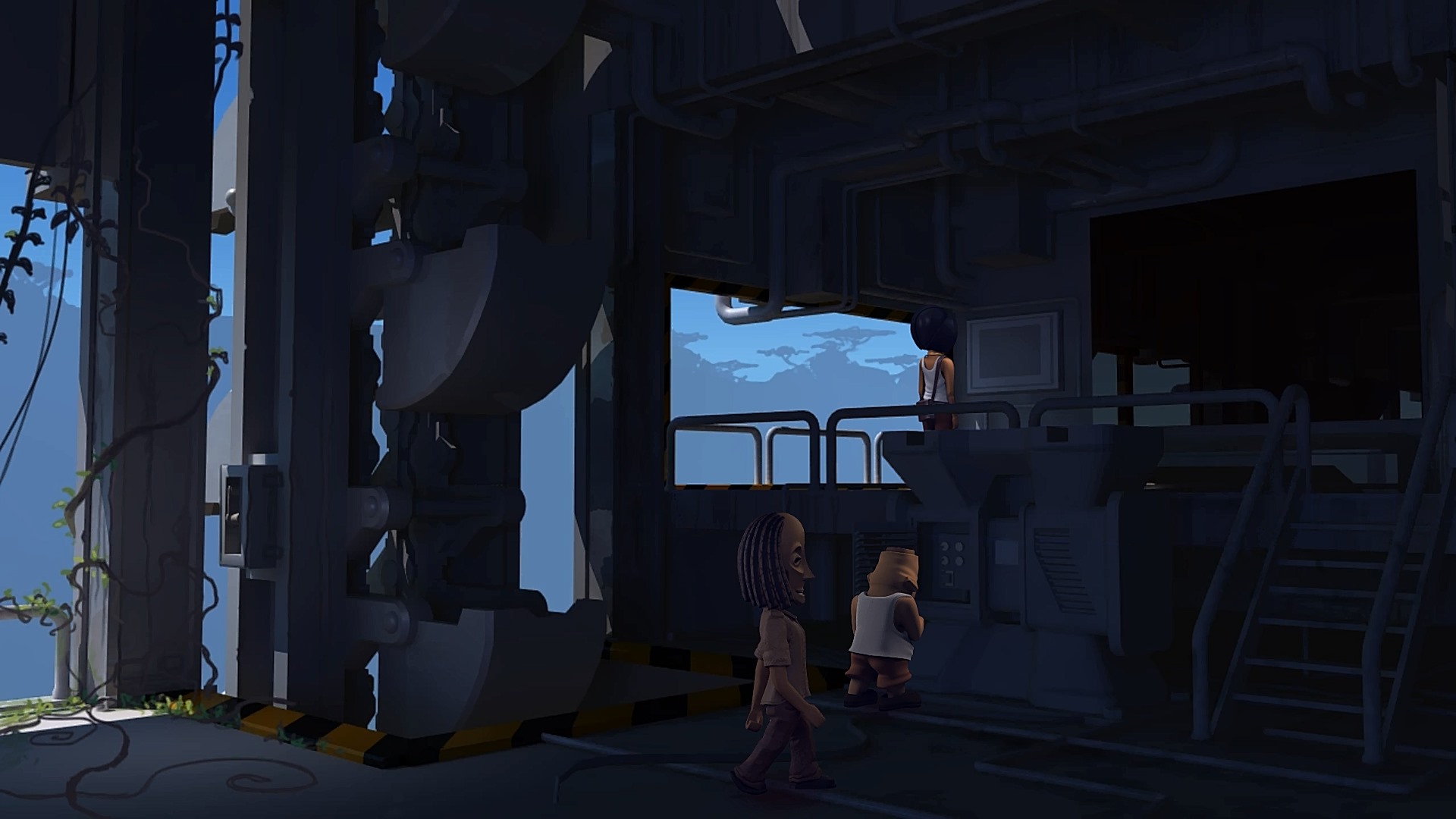 All in all, The Journey Down: Chapter Three -- like Chapter One (review) and Chapter Two (review) -- is an easy recommendation, even if you’re not overly fond of point ‘n click adventures. Between Bwana, Kito, and Lina, I have a feeling the Armando Power Company won’t stand a chance, and with the last chapter out, we’ll finally be able to experience the ending. One which, while amazing from start to finish, was also rather bittersweet, if I’m perfectly honest.

Then again, as I mentioned earlier, who’s to say this is truly the last time we’ll see these characters together? Only time will tell, but no matter what happens, we’ll always have this bombastic trilogy of The Journey Down!

The Journey Down Chapter Three is available from Steam, directly, and iTunes (iOS).