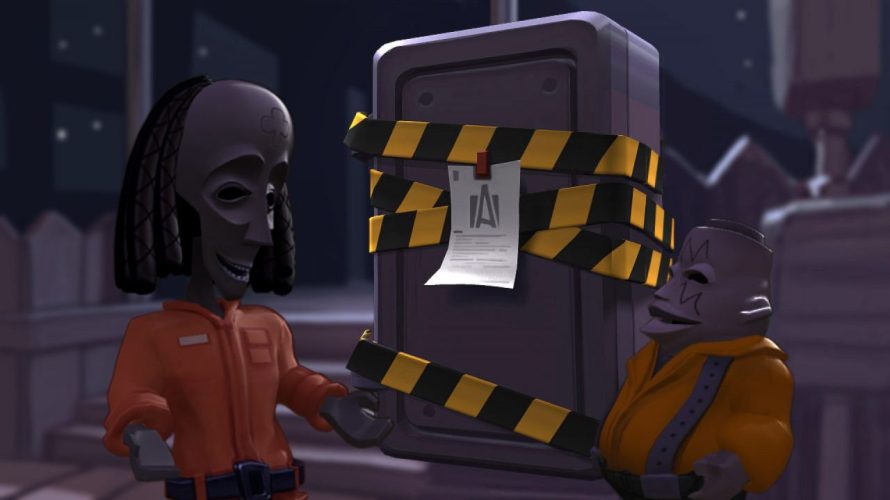 Wow. iOS fans are in for a treat with this one. Quite frankly, The Journey Down: Chapter One is one helluva point ‘n’ click adventure. It’s got plenty of puzzles to solve, over-the-top comedy to keep you entertained, a crazy cast of characters and a story full of mystery to tie it all together: As the game begins, a day like any other turns into the adventure of a lifetime for Bwana and Kito with the discovery of a long lost journal. After all, what could possibly go wrong when old journals are involved?

What started as a freeware Adventure Game Studio title back in 2010 called The Journey Down: Over The Edge, has since evolved into something far greater (along with a name change). While The Journey Down: Chapter One remains virtually unchanged from Over The Edge, the experience itself is vastly different since it now sports hi-res visuals and spoken dialogue in place of the pixelated look and silent characters in Over The Edge. Having played through both versions, I can confirm that nothing was lost in transition – unless you prefer the look of the original that is.

The second chapter may not have a release window yet, but that shouldn’t stop you from experiencing The Journey Down: Chapter One on your favorite iOS device right now, so head over to iTunes and pick it up. It’s also available on Windows, Mac and Linux from Desura, GamersGate and several other places (click on “Order from other Webstore”), and come January 9, it’ll also be available on Steam. Time to join Bwana and Kito on this adventure!