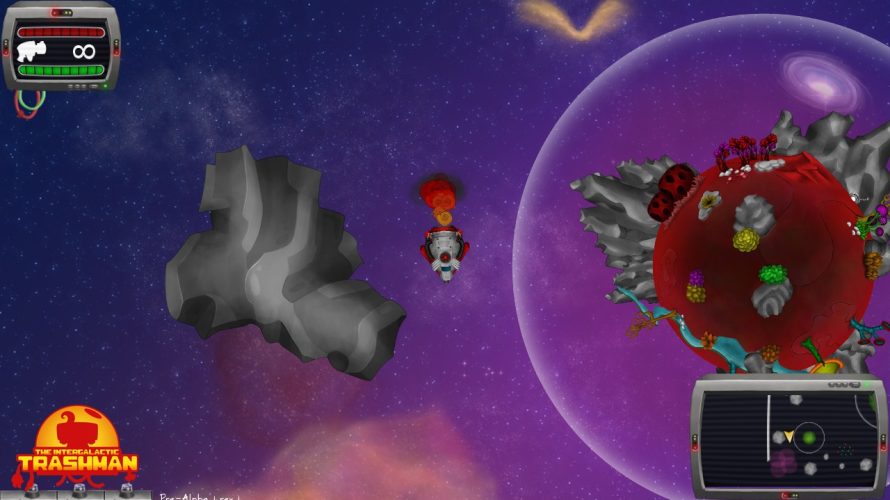 Space, the final frontier. These are the voyages of a garbage collector (aka. the player), on a quest to find out what happened to his partner who one day simply vanished. It won’t be an easy or simple search & rescue mission though, because as one might imagine, he’s far from alone out there. Space pirates lurk around every corner, looking for shipwrecks to sell as scrap… including yours, if you’re not careful!

But that scrapyard creation you’re initially flying won’t get you far, so go ahead and put ‘gather items for ship upgrades’ on your to-do list. Just don’t forget to keep an eye on your fuel meter while you’re busy flying around, blowing stuff up left and right, because the ship’ll go nowhere fast on empty; no matter how many upgrades or additional weapons it’s packing. Oh and watch out for black holes.

You won’t be flying between planets, dodging mines, pirates, turrets and other nasties all the time however, as a fair bit of footwork is also involved. Wall-jumping between platforms, pulling an assortment of levers, dodging environmental hazards, blasting guards and more, are all on the menu once you enter a building. Gotta say, I never quite imagined a life of trash man would be so full of action and adventure, intergalactic or not! 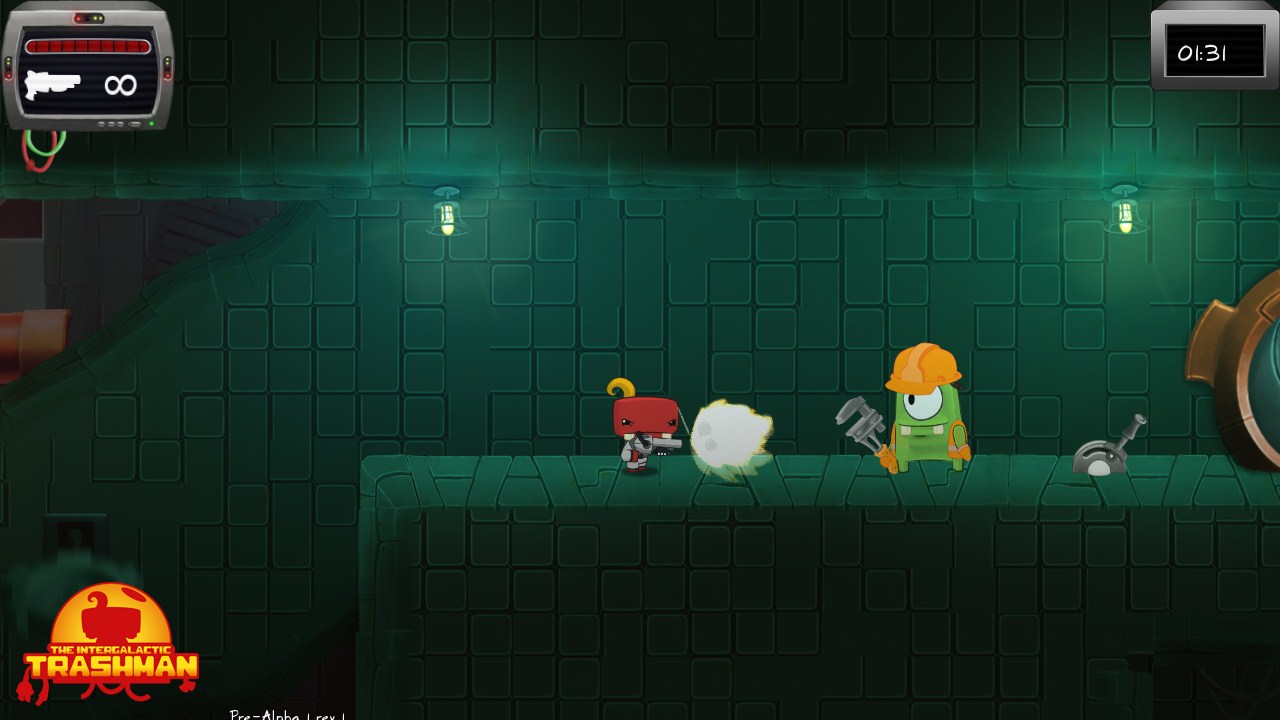 Although given a choice, I suspect this fella would rather simply be going about his daily job, rather than risk everything on a journey like this. Chances are it’d make for a rather boring game, but that’s beside the point – safety first and all that, ya know?

This is our first milestone, and it’s just a “techdemo”. Currently, the game lacks of many things, but we already have a lot of plans for the next milestone.

Tech demo or not, The Intergalactic Trashman is still available in a somewhat playable form. So if you feel like taking out some space trash, head on over to the GloveCat website and grab the first pre-alpha release.

The Intergalactic Trashman Pre-Alpha Launch Trailer
Facebook Twitter LinkedIn Pinterest Tumblr WhatsApp Telegram E-mail
Previous article 'Obscura' Lets You Write the Scoop However You Want, Truth or Not
Next article 'Save the Potato, Save the world.' Is All About Collecting Super-Sized Spuds