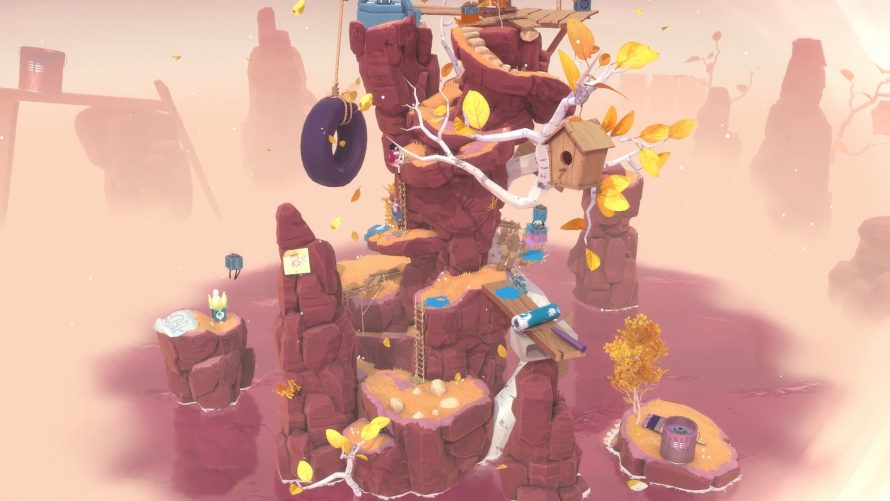 Friendship can be an amazing thing, but as The Gardens Between shows, it is rarely trouble-free. In spite of that, more often than not, it is still something worth pursuing, as finding that one close friend who’ll grow to become part of your favorite memories is something truly spectacular. It is such exact memories of two best friends that this game strives to explore, prior experiences revisited – good and bad alike – in the form of surreal puzzle-filled islands.

But before we get to all that, let’s talk about the controls – however simple. See, upon starting the game and heading into the menu, I was treated to a pleasant surprise: well aware of how The Gardens Between had been billed as a puzzle adventure, I expected somewhat complex controls, with a multitude of clicking and pointing and other genre staples. Not quite so here, as all you get to do really, is move time back and forth, interacting with designated hot spots at the press of a button. Simple enough to get the job done, and yet somehow… the puzzle design still managed to provide plenty of challenge. Sometimes.

For the most part, enabling me to merely rewind and fast-forward time, rather than actually control the two protagonists, actually made the game quite easy. Unfortunately, this did also lend itself to a fair amount of trial-and-error in terms of figuring out exactly what to do. There was, after all, no way to tell what would change in my surroundings unless I moved ahead in time, and at certain points, I actually had to rewind to a past event, the world now changed in a significant way. Confused? Now you know how I felt for the first thirty or so minutes then, but eventually, that sensation was replaced with joy as everything started to come together. 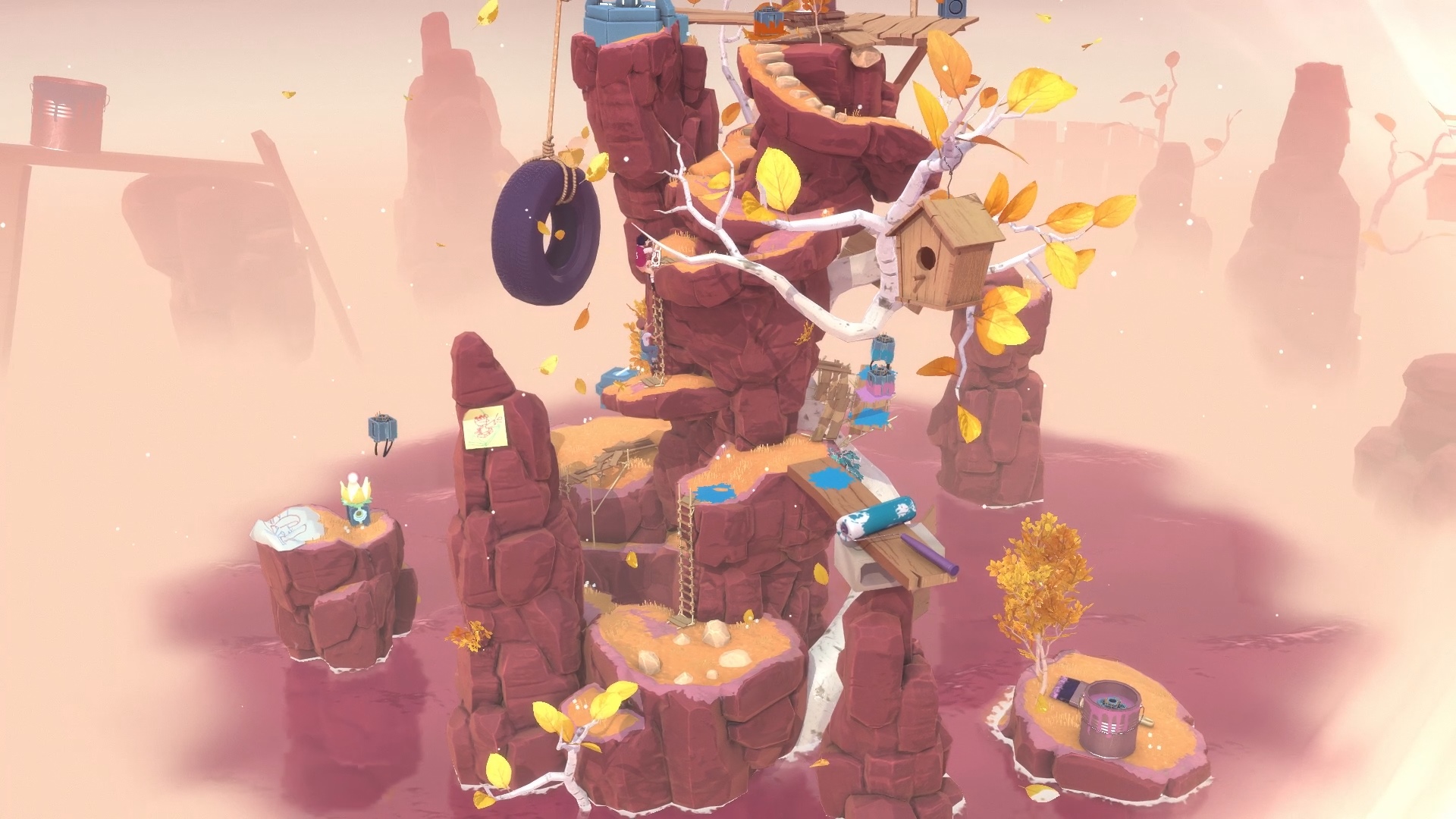 Like most proper good puzzle games, The Gardens Between doesn’t overwhelm the player with complicated multi-step puzzles or a ton of buttons to get used to early on, the tutorial showing but a single command at a time instead. First, you get to move the clock ahead, seeing various objects fall down on the path ahead. Interesting, but… what’s going on? Then the game tells you to rewind time, at which point you bear witness to how time manipulation can actually make permanent changes to the world.

While the opposite does also hold true, it is always perfectly clear when something is dynamic and when it is static, during time manipulation. Ah, and then, in order to complete the tutorial, you’re told to interact with the environment directly, which has you either pressing buttons or picking up/placing a lantern; an object which will serve you well throughout the entirety of the adventure, as it turns out.

This rather mystical item serves several purposes, including the tampering of a purple fog-like substance which will at times hinder your progress, while at other, it might even serve as a makeshift bridge. Oh, and you won’t be able to finish any level without it, as there is no way for you to carry the ball of light that is to be placed atop each island in your hands. Not sure why, but that’s the way it is, and believe me, getting said ball of light across various obstacles… can be tricky. Almost as much as simply getting a ball into the lantern in the first place. 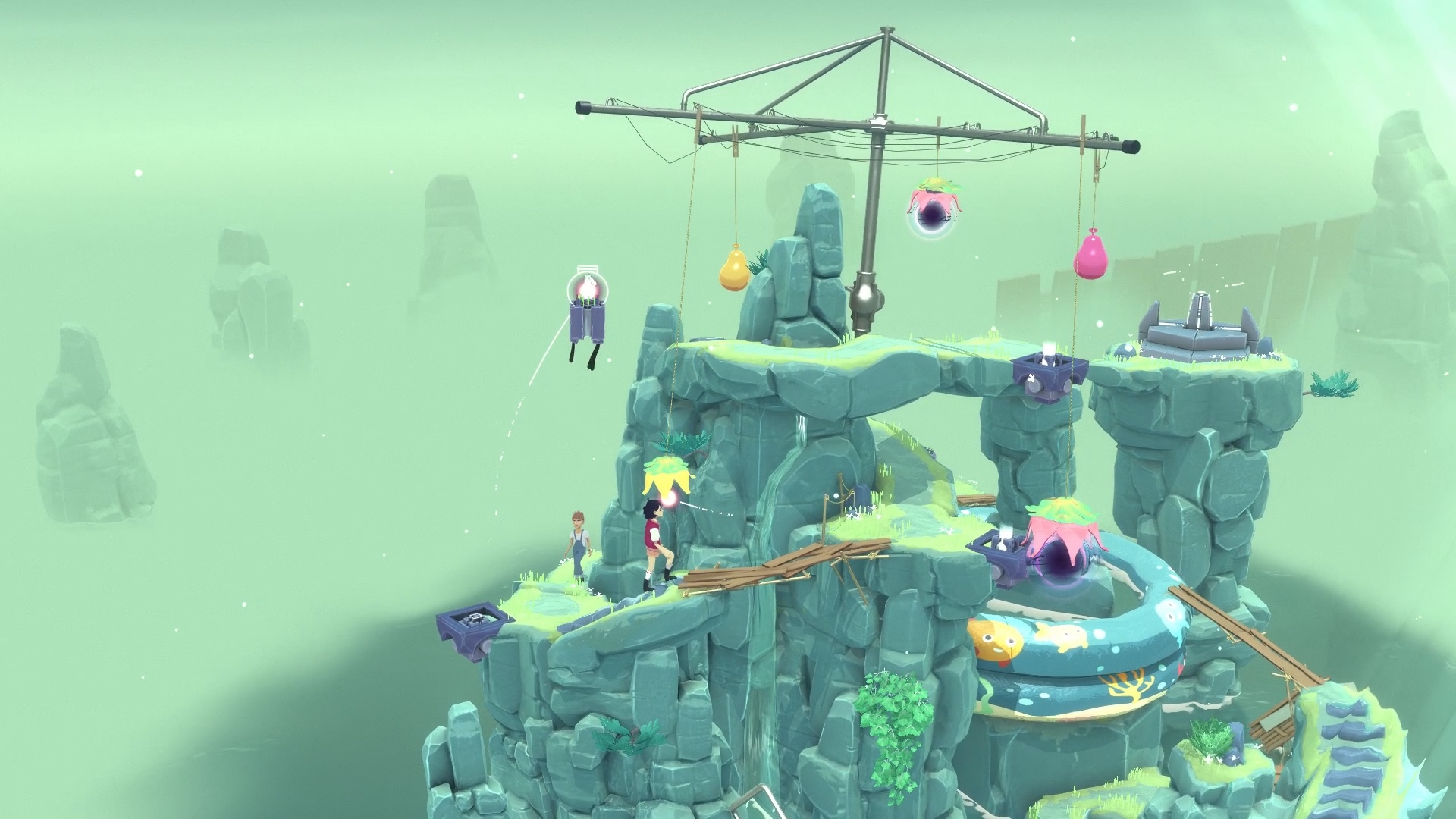 See, tiny purple boxes are scattered across each level (or island, if you so prefer), and these can hold the lantern until you decide to pick it up again. Doesn’t sound overly useful, right? Ah but it most certainly is, because more often than not, these boxes – or whatever they are – tend to move around (while time is going either backward or forwards, that is). If not for the fact that there are ways to actually have your ball stolen right out of the lantern as you go along, climbing each island, there would likely be little need for some alternative means of transportation; but alas, those annoying buggers do exist, and in the worst possible locations too, leaving you with little choice in the matter.

Still with me? Good, because things are about to get a lot more complicated. Like the game itself, I started this review with only the most basic stuff, but those purple boxes – including the nasty ball-gobbling ones – are just the beginning. You’ll also have to ring a bell to freeze/unfreeze time outside of very specific parts of the current island, keep track of multiple purple boxes at the same time, manage the foggy areas, and many other… strange things. Ah, a little tip (with a very minor spoiler): pausing time doesn’t freeze everything in the game. You’ll see what I mean eventually, and the only reason I’m bringing it up is that several puzzles that made use of this mechanic had me stumped for a good while. Not entirely sure if I think it’s a case of clever design or frustrating. Probably a bit of both, sadly.

On top of all that, how about technology-related puzzles, in which the player has to remember certain things (hint: bring pen and paper), and at times, even play a video game inside a video game (no, really)? The Gardens Between is certainly one of the most varied puzzle adventures I’ve ever played, and that’s saying a lot, given its rather basic control scheme. It’s actually quite impressive just how much it accomplishes, while only allowing the player to move time back and forth, interacting with naught but pre-determined hot spots on each island.

Speaking of which, upon reaching the top of an island, having overcome many an odd obstacle and puzzle, the player is treated to a brief cut-scene, which doesn’t end until time is either moved backward or forward enough, resulting in the creation of a lovely constellation. Does it make sense? Nope. Does it have to? Heck no. We are after all experiencing a trip down memory lane here, one that takes us on a journey across a multitude of surreal islands scattered with items from said memories… between two best friends. I’d say a bit of nonsensical stuff is perfectly okay, in the grand scheme of things.

Don’t get too used to seeing these, however, as the later levels can take quite a while, what with most featuring rather tricky layouts and all. It is fortunate then, that the game does a good job of ‘sectioning’ the larger islands, blocking off previous areas with a disappearing light bridge. The importance of this becomes more apparent during long stretches, where you’d otherwise have to wait for the ‘timeline’ (in lack of a better term) to reach that one specific point… in time. Less wiggle room also makes the puzzles easier, for obvious reasons, so all in all, a welcome inclusion. 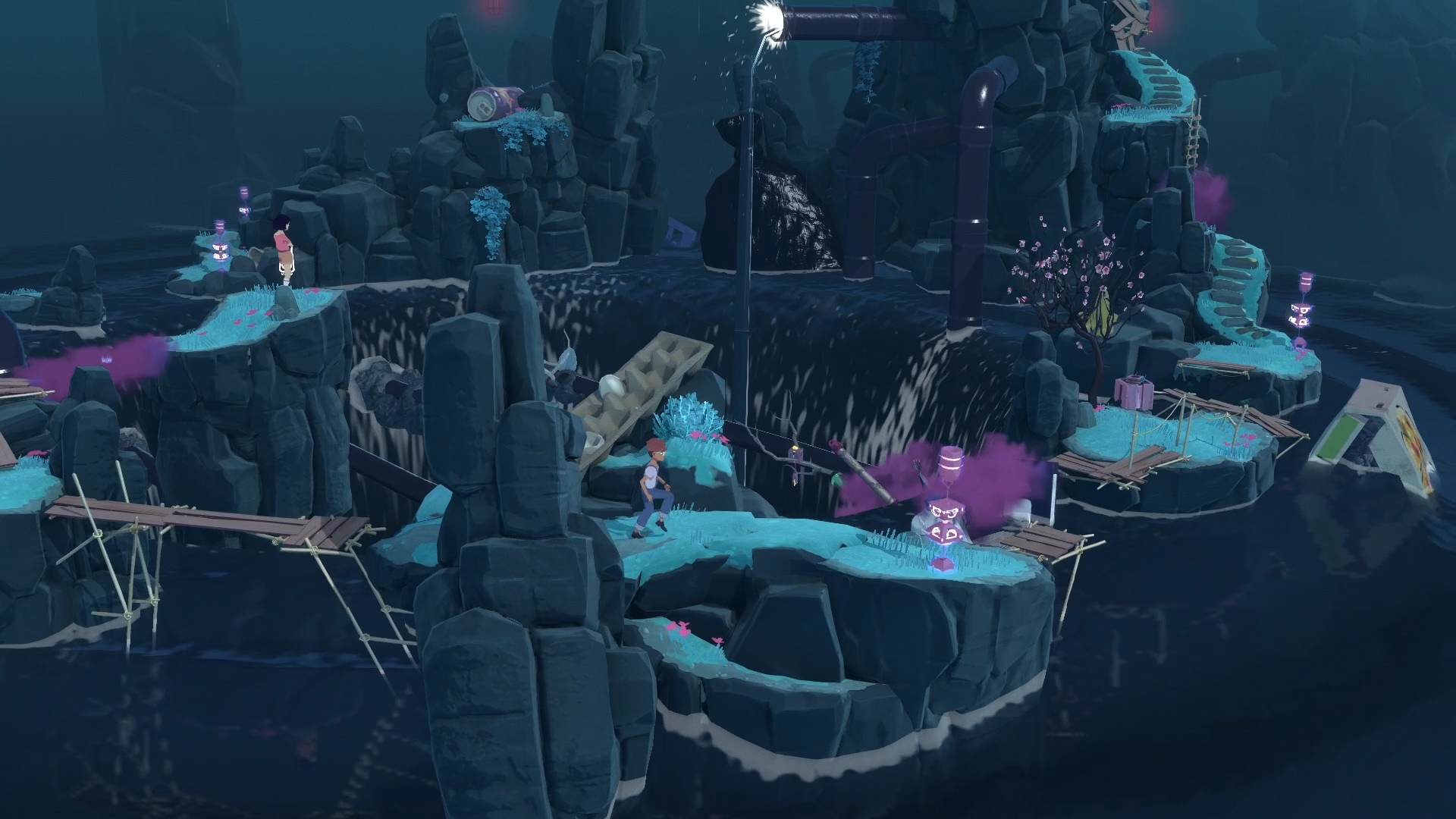 While I did get stuck more than once during the 4-5 hours it took me to complete The Gardens Between, I still had an absolute blast, manipulating time, moving its two protagonists back and forth, curious as to what came next – or had changed in the past. Some islands featured smaller, more compact puzzles, while other spanned the entire locale, lots of moving parts and objects to mess with, all to help the two best friends move further along the designated path. What a ride it was, full of fun, start to finish.

All in all, in spite of a few minor road bumps (read: I’m not good at puzzle games), The Gardens Between is an easy recommendation – even if the game isn’t always. Its narrative/story might not make sense immediately on each island, but at the end – and in the end – it will. A bittersweet tale for sure, much as its creator describes it, and one that even those not interested in puzzle games would do well to consider picking up. It is after all not often that you get to journey through a game this gorgeous while having an entire tale unfold before your very eyes… without the use of a single word.

The Gardens Between is available on Steam, Switch, PlayStation 4 and Mac App Store, carrying a $19.99 price tag.