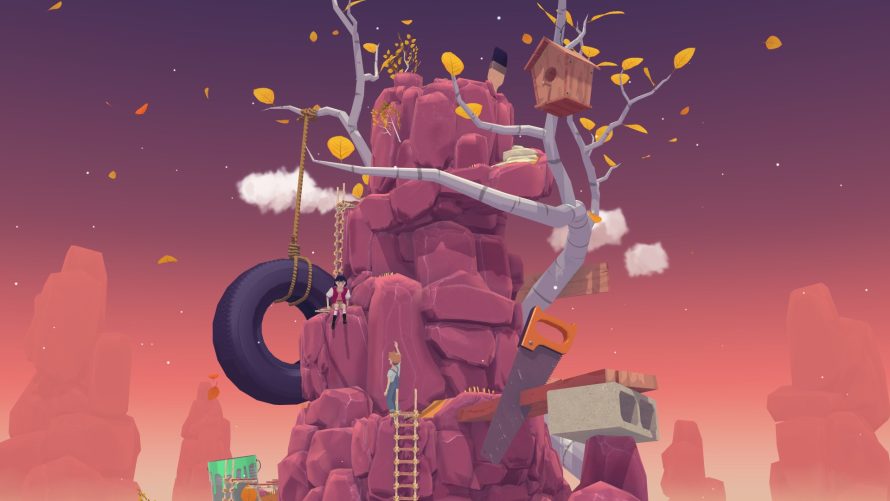 Do you know what best friends like to do? Go on adventures together, and the two in The Gardens Between – Arina and Frendt – are certainly no different. Well, except for the fact that their latest features mystical, yet absolutely beautiful, gardens and… time travel. More or less. Just don’t forget about the butterfly effect (no, not the movie) as you leap back and forth while controlling this particular duo. Oh, and did I mention how lovely it all looks, not to mention… sounds?

Because while not a lot is known about The Gardens Between at this point, which does kinda make sense considering its distant ‘2018’ release window, trailers have revealed bits and pieces of the world; how it looks, sounds, plays, and all that good stuff. Essentially, unless I am mistaken (which has been known to happen every decade or so), is a 2D tale that takes place on small islands. Islands where, somehow, the protagonists are able to perform borderline magical acts like turn a light source into a physical bridge. Yeah.

The Gardens Between is a surreal puzzle adventure that follows best friends, Arina and Frendt, as they fall into a mysterious world of beautiful garden islands.

Probably pretty safe to say this game isn’t taking place in our world/reality, and I’m not just saying that because of the huge computer parts that lie scattered across the trailer below. That does have something to do with it though, but… more importantly, what is the deal with that treehouse? And how did they get to/from that ever-present dark and stormy night to such vibrant, colorful islands? Oh boy. Way too many questions, and nowhere near enough answers!

That said, this Ambient Slow Trailer trio does provide a handful of glimpses into the world of The Gardens Between, at least. Which is certainly more than we had at the time of the first trailer, but still not enough. I must know more. In fact, now I’m more than a little eager to experience the game first-hand… and… it won’t be out until 2018. Well, crap.

The Gardens Between on Steam