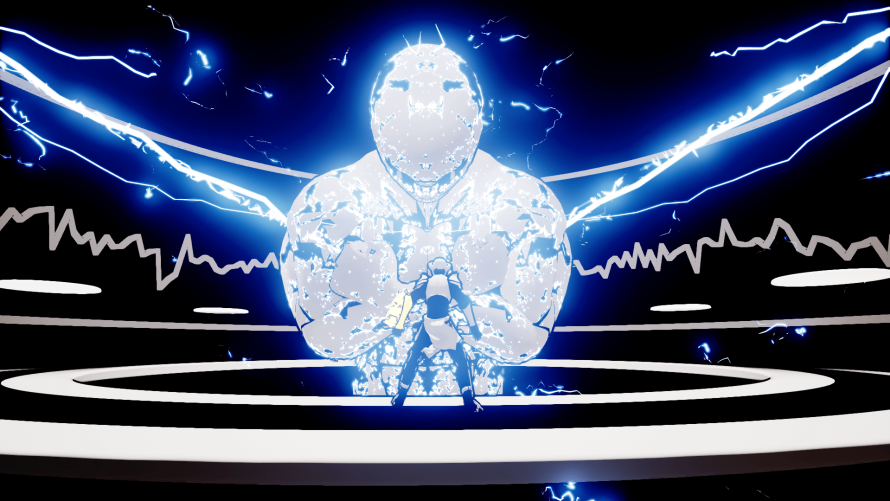 Seeing how The Devil’s Eight revolves around the nine circles of hell (starting with Limbo, ending with Treachery), that ‘eight’ part has me ever so mildly confused. Will players be skipping a circle in this musical boss rush, or are we in for some kind of clever twist as we, well, dance with the devil? Either way, according to the developer, this is not your typical rhythm based fighter, in that the player is able to move freely… the music relating more to the actions of one’s opponent instead. Rock and roll!

Oh, and there’s no running away in these fights, each arena being circular and all. I mean, you’ll be able to dodge by dashing out of harm’s way in either direction, but that’s about it. You’re stuck on a 2D plane, in spite of everything looking mighty 3D-y. On top of that, how about the ability to dash, fast fall, short hop, wave dash, use specials, and more fun things? And if that sounds a tad familiar, you’ve probably played one or more of the Super Smash Bros. games, as inspiration for said maneuvers -- as well as lag and stun states -- have been drawn from that franchise. Not a bad idea.

As Gluttony searches through the darkness of the third circle of Hell, the music will be apprehensive, suspenseful, and building up to the moment he finds you. When he does, the soundtrack, reflecting gameplay, will switch from a game of cat and mouse to an all out tribal war beat.

Now, while this is billed as a ‘hard game’, I’d wager a little memorization and a lot of practice will go a long way, seeing how it is, after all, a boss rush. Not a game with one -- or more -- lengthy stages, and then a boss fight. Nope. Just the boss battles, like Lust, Limbo, Greed, and… well, I’m sure you know the rest. That said, there will be plenty variety it seems, what with “Limbo’s fists mirror the baseline and Lust’s lasers pulse with the melody in the background” and similar fun tweaks, to make each battle feel just the right level of unique. Bet ya they’ll end up kicking my ass no matter what though, but eh, practice, perfect, and so on. 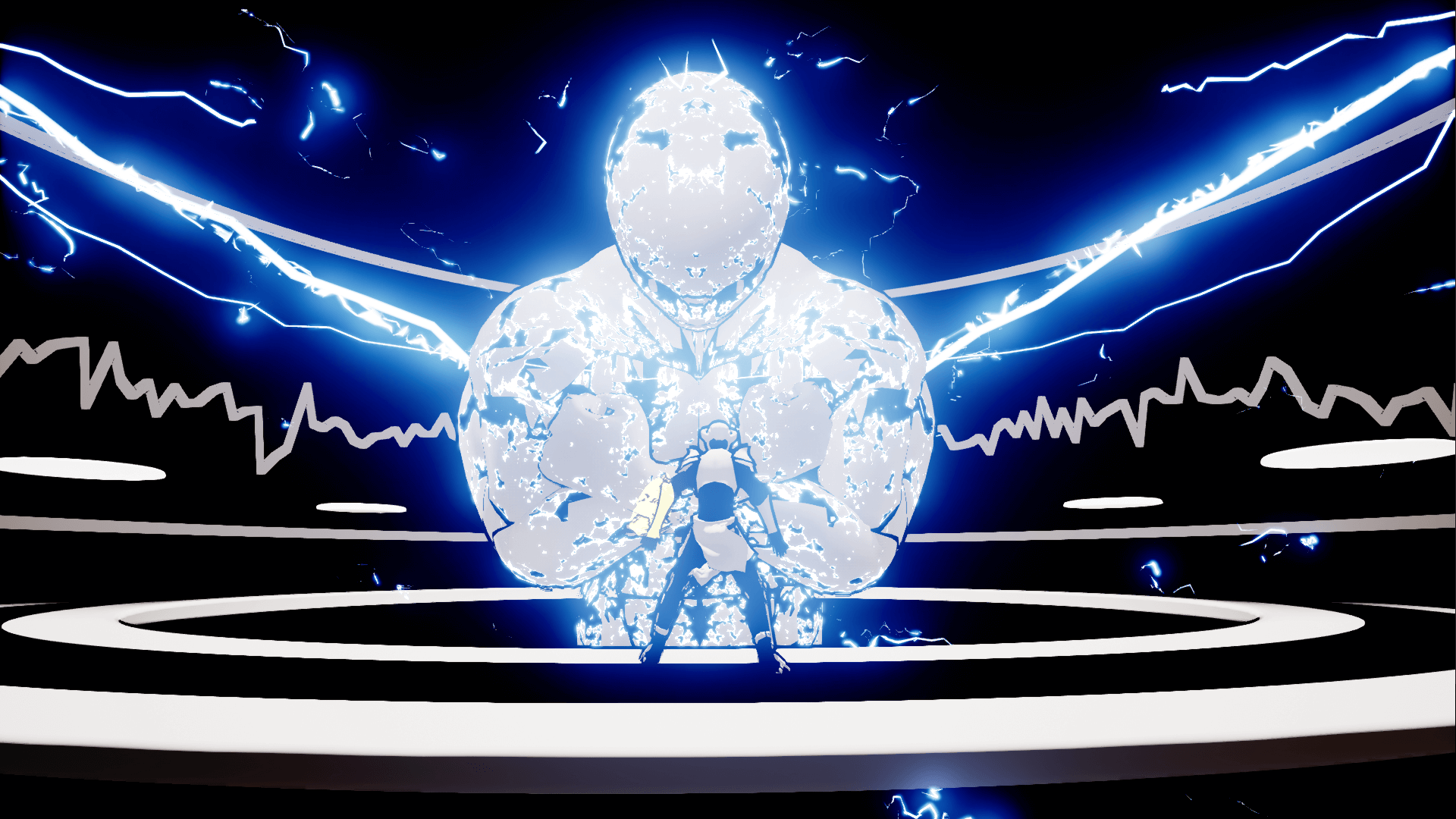 But there’ll be no journeying through the circles of hell until the $32,000 Kickstarter goal has been reached, and before October 12 at that. With 27 days to go and still around $28,500 remaining, it’s pretty much impossible to say whether the campaign will be a success. I’m personally hoping it will, but while faith can move mountains, it probably won’t do a lot for crowdfunding. If successful, however, The Devil’s Eight will grace the likes of Steam, possibly GOG.com or Humble, for Windows, OS X, and Linux, console releases… a slight possibility.

As for why they took to Kickstarter with this particular project: “We are aiming to release next year, and that requires full-time development. Kickstarter money allows us to do this.” Makes sense to me. That and, seeing how you’re reading an article about the game due to the simple fact that it is on Kickstarter, pretty safe to say ‘hype building’ is also part of it. Is it working? Are you interested in potentially kicking ass and taking names on a stylish musical journey through the circles of hell, in 2018?

Then, by all means, help The Devil’s Eight‘s Kickstarter campaign, even if simply by way of a shout out on social media! Speaking of, do give Second Step Studios a poke (and/or follow) on Twitter.