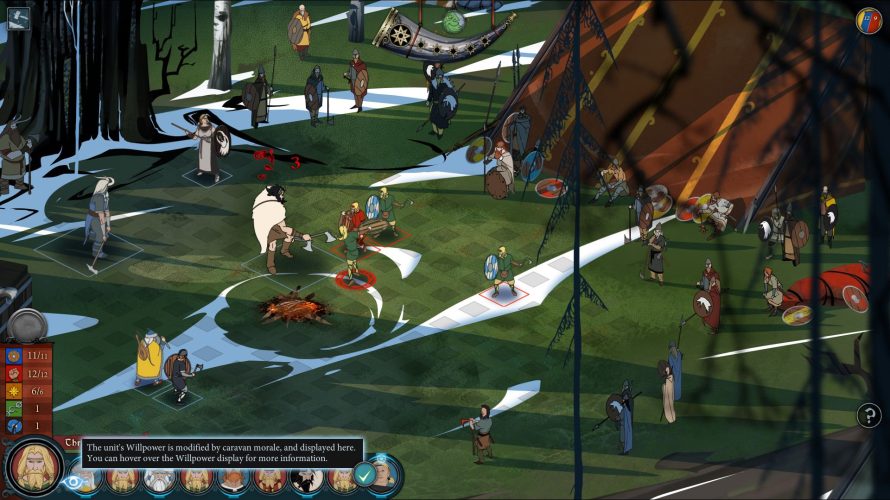 Trekking through snowcapped mountains, across vast deserts and so on, with that nifty little caravan of yours, managing supplies, doing your best to make the right choices can be fun. But there are times when you just want to fight, fight and fight some more, kicking ass and taking names – without all the in-between stuff. Likely the exact reason for Stoic, creator of The Banner Saga 2, having recently given the game its very own… Survival Mode!

Here, a team of six, chosen from more than forty different capable warriors, men and women alike, will be able to enter battle after battle, until the end. Which will come at some point, as death is quite inevitable. It is however also something to be pushed further away through successful bouts, as each victory grants Renown. Renown which can be used to either replace fallen champions – as those who fall are permanently removed – or enhance survivors, tilting the odds in your favor as it were.

Oh, and in case you need something to fight for, aside from the sheer joy of slaughtering your foes… leaderboards! Achievements! Fame! Fortune! Well, perhaps not those last two, but there’s still plenty reason to engage in The Banner Saga 2‘s newly added survival mode, I’d say. So gear up and get ready to fight!

The Banner Saga 2 is available from several places, including Steam and GOG.com, at $19.99.