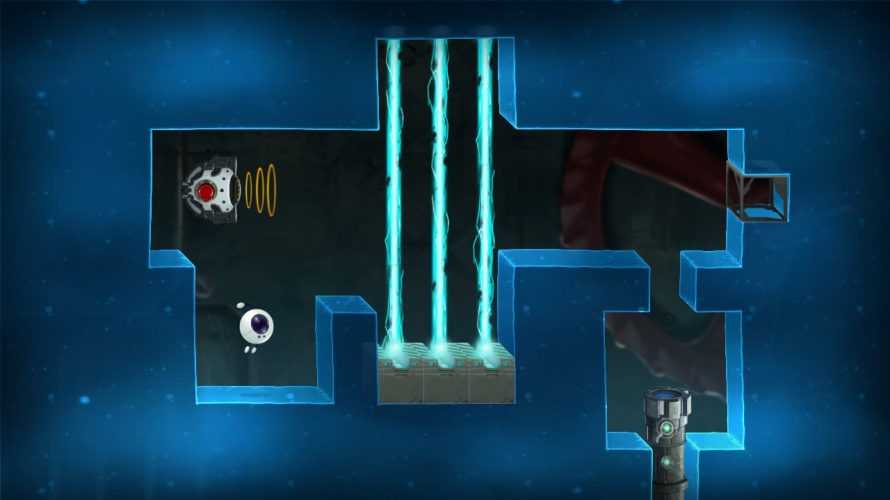 It’s been a few years since fans got to gobble up blocks and throw them around, guiding Psychobot through vast perils in Tetrobot and Co., but alas, only for desktop gamers. Fortunately, that’s going to change come spring 2015, as the game is being ported to both iOS and Android, featuring a slew of changes and tweaks. Groovy.

Now, since I described the premise when covering its teaser back in 2013, this article is instead gonna focus on the mobile port, as well as some upcoming Tetrobot and co. related events. But before I get to that, let me just point out one very important factor regarding the mobile port: there will be no IAPs. None. Three bucks will get ya the full game, no ads, no-nonsense. Just the way it should be for a premium title, really. Unless of course, we’re talking expansion style content, in which case… it’s arguably okay.

Psychobot can repair anything by swallowing materials in its path — wood, stone, sand, iron, glass, ice, slime – and spitting them out.  The player solves challenges, learns how materials work together, and how they can use this knowledge to reach more sectors and beat the game.

Speaking of which, Swing Swing Submarine will be running a contest for the community from March 24 to April 21, during which fans will be able to get their creations featured in an update to the game. In the Steam version that is (I think?), seeing how Steam Workshop is mentioned in this section of the press release. Then again, who knows, maybe we’ll see the levels ported to the mobile version too, down the road? Here’s to hoping. Oh, and the winners will also get a $50 Amazon gift certificate. Almost certain having their creation featured in-game will be far more important to most, though.

Tetrobot and Co. is available for Windows, OS X and Linux from a wealth of places (including iOS and Android, “soon”), as listed on the official website.