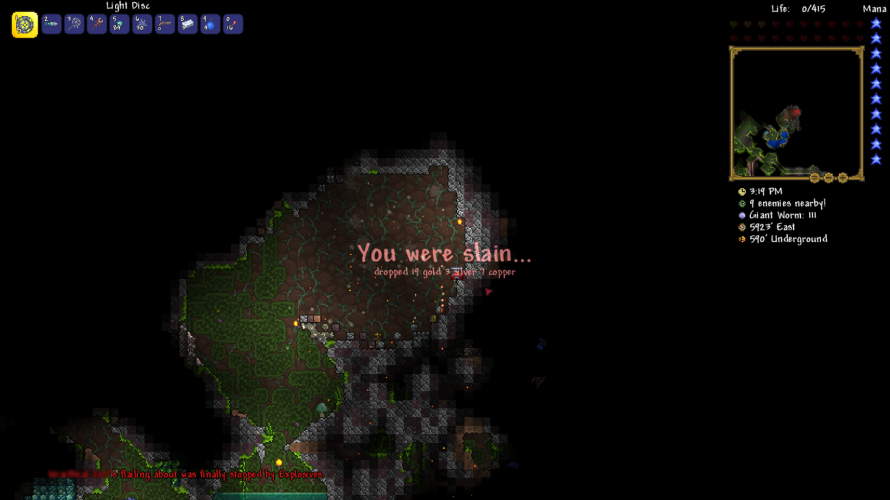 While I do absolutely love Unreal Engine and more than a few of Epic’s past releases – like the Gears of War trilogy – this whole exclusivity war between them and Valve is getting on my nerves. Big time. So when I noticed yesterday how one of my favorite studios (Re-Logic, of Terraria fame) had decided to take a strongly worded stand against Epic Store exclusivity on Twitter, I was absolutely thrilled.

Since there seems to be confusion- No Re-Logic title will ever be an Epic Store exclusive. There is no amount of money we could be offered to sell our souls.

The above tweet, from Re-Logic VP, Whitney Spinks, couldn’t be clearer in any shape or form: “No Re-Logic title will ever be an Epic Store exclusive. There is no amount of money we could be offered to sell our souls.”

While some might find Whitney Spinks’ choice of words a tad harsh, it was likely deemed necessary in order to ensure the message would not be misunderstood. Especially following this tweet from the official Re-Logic account, confirming their presence at this year’s PC Gaming Show, which will be hosted by… wait for it… Epic.

People are after all keen to jump to conclusions these days, and more than a few immediately let out loud screams in terror, worried that not only Terraria (a game I have had over 300 hours of fun with!) but also future titles from the studio would end up as Epic Store exclusives. As it turns out, such fears were fortunately unwarranted.

This won’t stop Epic from grabbing exclusives left and right, with the promise of a bigger piece of the (sales) pie and… well, what else, really? At the time of writing, the Epic Store client is incredibly barebones, even compared to GOG.com’s GOG Galaxy which only saw the light of day a couple of years ago.

Sure, the store part of Epic Games’ launcher has only been a thing for some six months, but the lack of must-have features is still downright daunting: cloud saving, library sorting, user reviews, and news feeds, to name but a few of the luxuries both Steam and GOG.com fans have gotten used to in recent years. All of those are missing from Epic Store at the time of writing, although a roadmap is publicly available on Trello, so perhaps it is simply a matter of time before Epic is done catching up to its competitors in that regard? Only time will tell.

All that said, there’s no denying that a little friendly competition – especially between digital storefronts – can be good for business. If done properly. Personally, I don’t see anything proper about Epic’s approach, but at the end of the day, it’s really up to each individual developer to decide whether the lure of potentially increased profits is worth ditching Steam (and GOG.com, in some cases) for.

But that’s just my opinion (more or less). What do you think? Valve or Epic? Be sure to let me know what you think about this whole ordeal in the comments below.

(Thanks to PCGamesN for the heads up.)