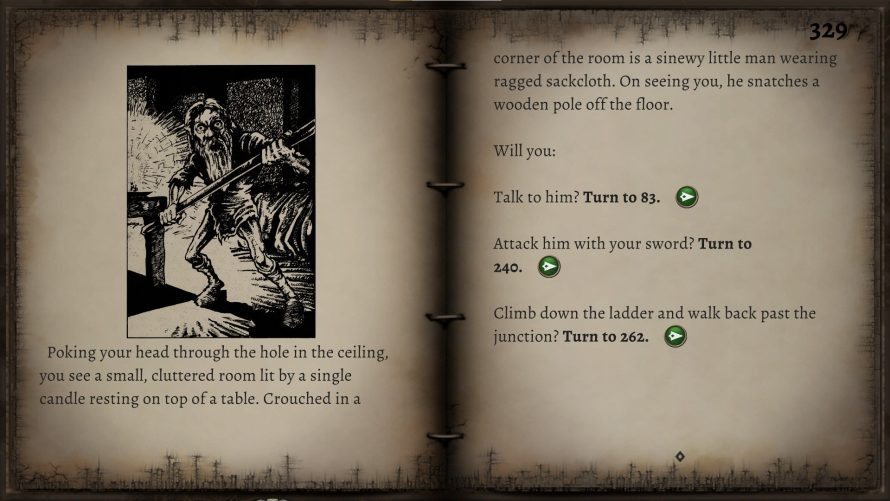 Stamina! Luck! Dice rolls! Harrowing encounters! Twisted passages filled with traps! A race against time! Sound familiar? It should, as Temple of Terror dates all the way back to 1985 when the original Fighting Fantasy gamebook first saw the light of day. But thanks to technology, you no longer need to track down a physical copy to experience the fourteenth entry in the ongoing series. Welcome to Temple of Terror (Fighting Fantasy Classics).

It feels like forever since Tin Man Games last expanded their lovely nostalgia-riddled Fighting Fantasy Classics platform, which Temple of Terror became a part of earlier today. But given how rare some of these gamebooks are – those yet without a reprint/re-release, anyway – I’d be lying if I said each addition wasn’t wholly worth the wait. I’m likely more than a little biased though, having been a fan of the franchise since… probably the late 1980s, Danish(!) copies of several of the earliest titles still proudly taking up space on my shelves. Even so, Temple of Terror!

At least that’s what I would say if this wasn’t one of those elusive few(?) I have yet to actually play, in any form. Thanks to the efforts of Tin Man Games, however, that’s going to change real soon. “Each step you take leads you closer to your doom”, eh? More like, to Malbordus’ doom, every choice, every roll of the die bring me ever closer to those infamous dragon artifacts so that I may smash them all, preventing that madman’s power from “reaching its zenith”. Well, once I’m done navigating the deadly maze that is a Fighting Fantasy gamebook, anyway. 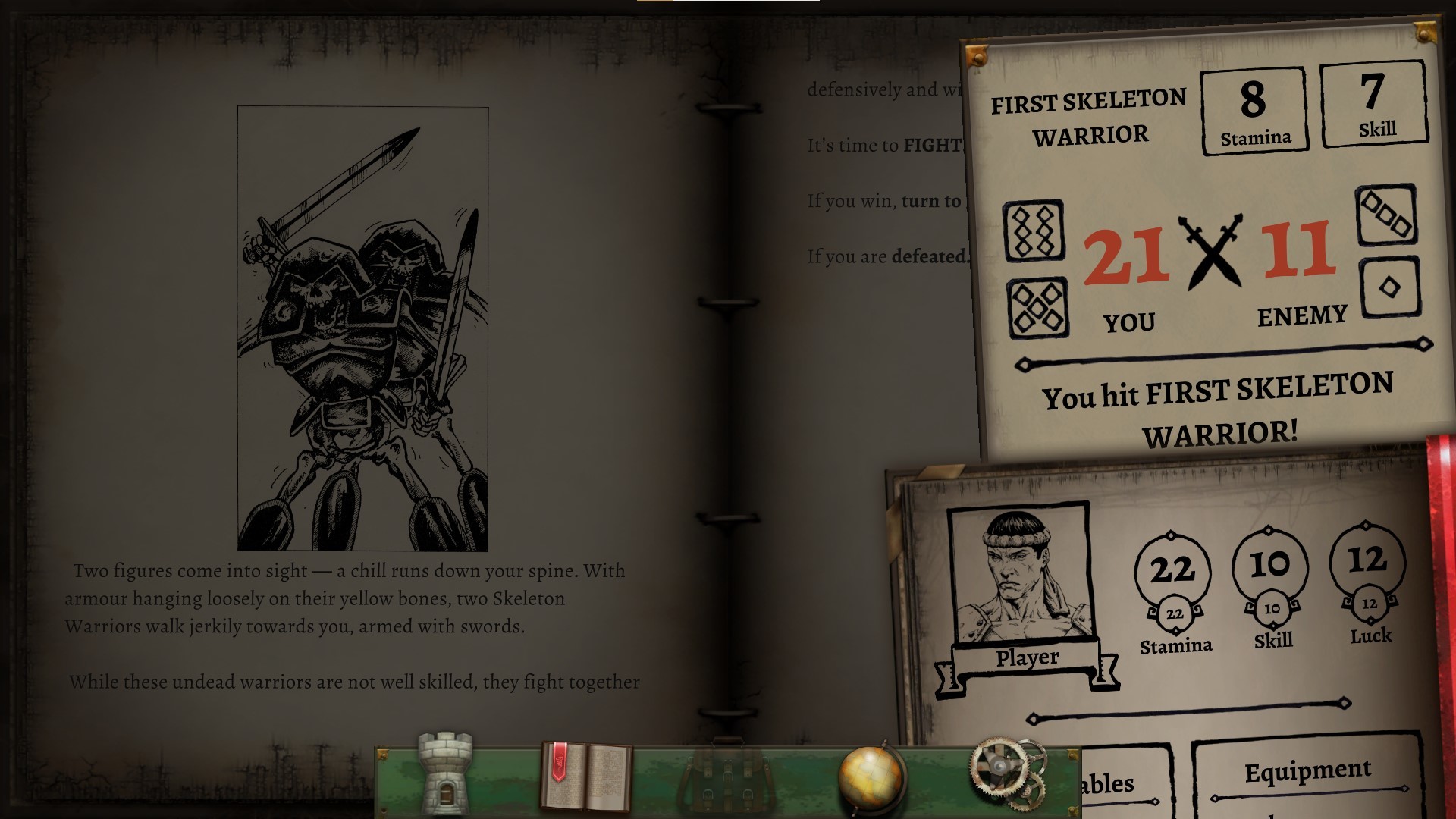 See, unlike certain other Fighting Fantasy adaptations, Fighting Fantasy Classics does things… by the book. So to speak. The only actual changes are genuine quality-of-life improvements: Free Read mode lets you, well, cheat, while the addition of a map makes it much easier to figure out where you have and haven’t been yet – both for current and past playthroughs! On top of all that, how about a groovy soundtrack – something obviously not part of the print original – and an automated adventure sheet? No more fiddling with a pen and paper or dice rolling in this version. Which, quite frankly, is a very welcome change.

In closing… may your STAMINA never fail.

Temple of Terror (Fighting Fantasy Classics) is available on Steam ($3.99). iOS/Android? In a few weeks.