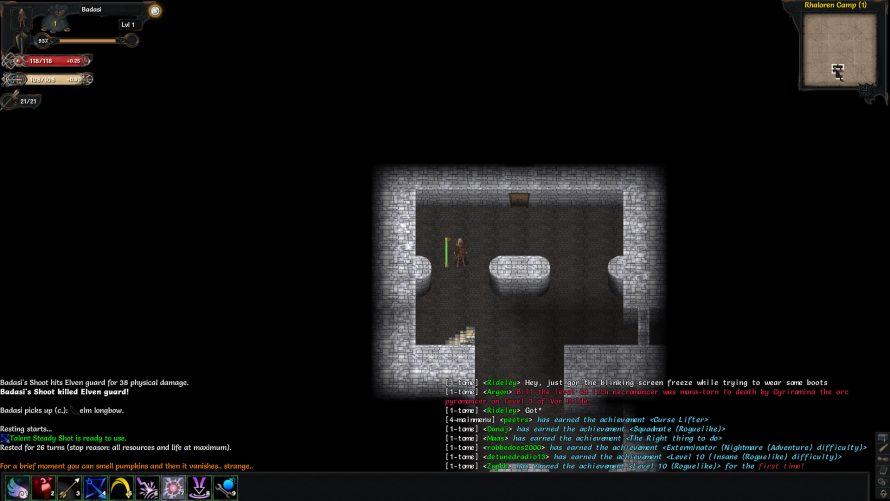 If you enjoy tile-based RPGs even a tiny bit and planned on doing anything outside the realm of Eyal this Halloween, you may want to reconsider. Tales of Maj’Eyal 1.7.0 has arrived and with it a ton of new content (alongside bug fixes and other potentially less exciting bits)! What else? Feels like I’m forgetting something…

Ah yes, Eyal is currently being invaded by evil plumpkins, so keep an eye out for those creepy crawlers, and the Necromancer class is vastly different, following this update. By which I mean that ‘95% of it is new or deeply altered’. See? Vastly different! The same could be said about the base game and all three expansions, given how overwhelming the changelog is. Not that I am complaining, mind you. Not at all. I grew up playing tile-based RPGs, and while their visuals consisted of letters and symbols, you better believe they still packed a punch. Much like Tales of Maj’Eyal, and I’d wager it’s only going to grow as time goes on. Which is absolutely bonkers, given how much is already in the game.

Right. Anyway, new stuff! Hmm… actually, how about I just push ya ever so gently towards the changelog? Yeah. Let’s go with that. It’s been a while since I delved deeply and greedily into the depths of Eyal after all, and while much of what’s changed/added/fixed in 1.7.0 still does make sense, chances are I’ll end up pointing out a super important addition, only to have it be some minor tidbit – or vice versa. That said, I do feel the need to point out one rather important thing: you will not be able to load saves from older versions of the game, so finish any and all you’ve got going on before upgrading… or lose them. Forever. Muahahaha. Ahem.