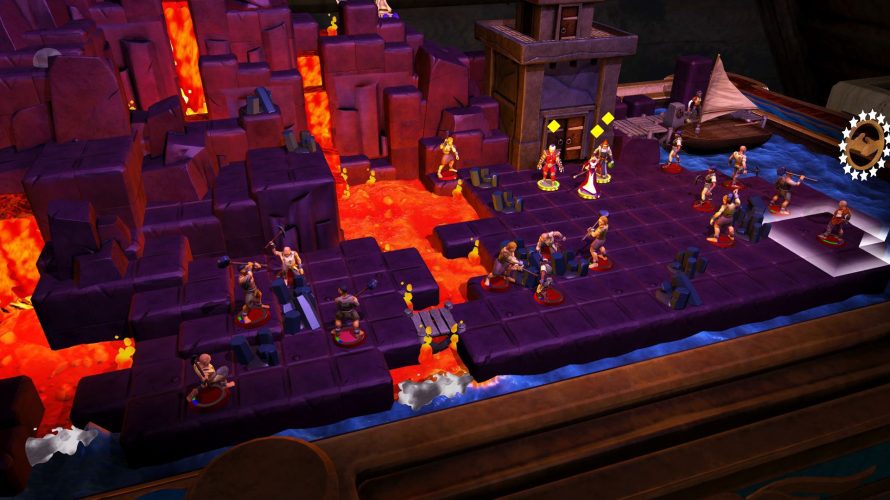 “Take a seat at a mysterious table, abandoned in the attic of your aunt”, they said. What could possibly go wrong after all? Well, if you play your cards right, not a whole lot. Unless you choose poorly, head down the wrong path, or worse, end up getting annihilated in combat. A grand adventure awaits in Table of Tales: The Crooked Crown!

Now, as with any good tabletop RPG, this too has a rather unique Game Master: meet Arbitrix, a GM who is – supposedly – on your side. According to the developer, Tin Man Games, at least. I don’t quite trust that claim though. Or rather, I’m hoping Arbitrix will be at least a tiny bit mischievous. Just saying. Could be… interesting. Especially now that a version is available on PC, and without the requirement of a VR headset to boot. Groovy.

Table of Tales invites you to take a seat at a mysterious table, abandoned in the attic of your aunt. Only you have the power to unlock the table’s true nature – it’s a magical living boardgame!

Aside from that, I’d wager little has changed from the original 2019 PSVR exclusive of Table of Tales: The Crooked Crown. So, upon taking a seat at the magical table, you’ll still find yourself in charge of a group of scoundrels, their lives in the very palm of your hands, every decision potentially causing one or more to… well… uh, be removed from the game. Somehow. Maybe. Do not let that stop you from making seemingly hazardous decisions, however, as these are what make each playthrough different from the next.

This combined with the TTRPG aspect says there’s likely a ton of potential for fun in Table of Tales: The Crooked Crown; even if you might end up getting everyone into fate-changing trouble long before the credits have a chance to roll. At least you’ll know to make different decisions next time then, right? You won’t forget, will you? WILL YOU? Ahem. Oh right, be sure to say hi to Arbitrix for me.