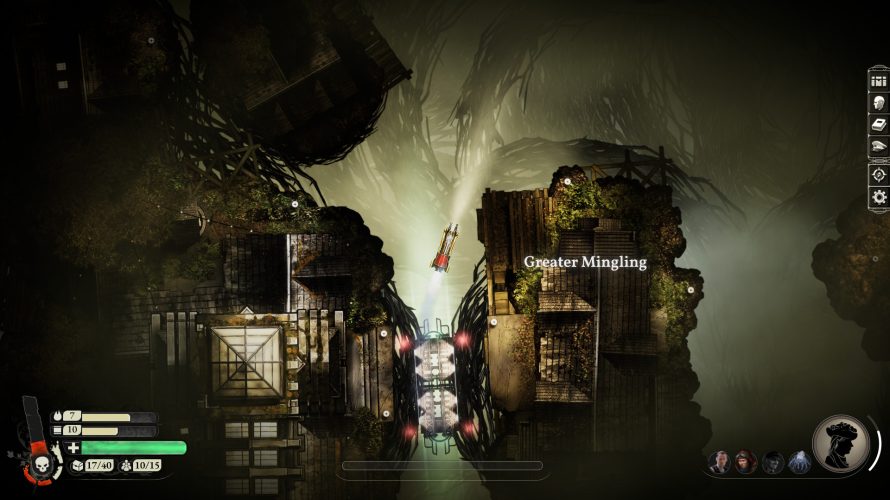 It’s time. It’s finally time. Sunless Skies has left Early Access, meaning the time has come to sail through the sky aboard a flying steam locomotive, exploring the gothic world of Fallen London from above. The incredibly hostile and dangerous world of Fallen London, adventure and hazards in equal amounts. All aboard!

I know what you’re thinking, and you’re right: normal trains tend to stay on a/the track, but few things in this world can be described as ‘normal’. Very few things, in fact, and these include the lifespan of you, the captain (spoiler: it’ll likely be short). Fortunately, actions taken will leave a mark on the world, and your descendants will be affected by these. For better or worse, lineage matters in Sunless Skies.

Your Captain and crew must carve out a life between the stars. Will you support her majesty and the establishment, or the working class rebels who yearn for freedom from the Workworlds?

On top of balancing fuel and supplies, to keep the engine (and your crew) up and running as you go off exploring this brave new world, there’s also the condition of said crew and the captain’s nightmares to deal with. Did I mention how there’s a lot to manage in this game? Combat is also a thing, as well as a potential problem, pirates and other aerial threats lurking in the fog up ahead.

How your story unfolds – and to some extent, how/when it ends – is entirely up to you. Provided you’re able to navigate the stars accordingly, making decisions that don’t end up getting everyone killed; or worse, losing their minds. Who to pick up, what to leave behind, where to go? Well, much like your precursors, you’re the captain of a flying train, so figure it out. No one else is going to, in Sunless Skies.

(Source: Sunless Skies is out now!)

Sunless Skies is available on GOG.com, Humble and Steam, carrying a $24.99 price tag.