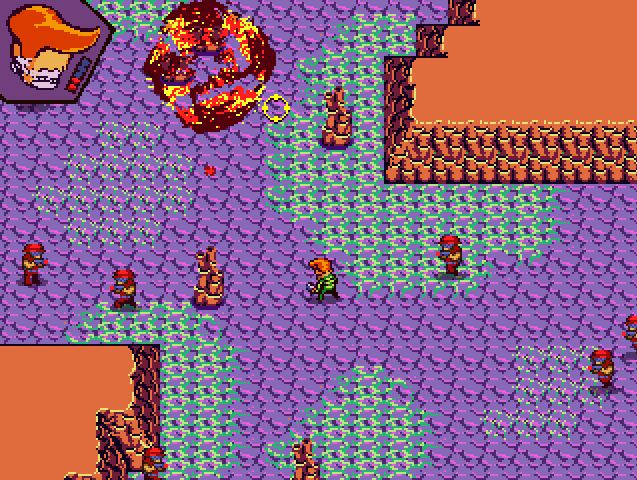 This time the spotlight will be shining on Venusian Vengeance, a retro-styled alternate history game in which your job is to stop the communists from creating a new super-weapon. Let’s see if we can’t help it escape the cold emptiness of Greenlight limbo.

Venusian Vengeance is a Top Down Run ‘n’ Gun game taking place in an alternate history where the Communists won the space race and colonized Venus. The Americans sent you to find out what secret weapon they are working on in their secret Venusian science stations. You must make your way to the laboratory while fighting past Communist soldiers and alien monsters.

Why on Earth (or Venus) aren’t there more games, indie or not, with a bonkers plot like this one? The story doesn’t really matter all that much, and is mostly there to provide players with a reason to demolish bad guys (and robots, because, Venus); not like most would really need motivation beyond “they’re bad guys”, though! It may seem like a simple twin-stick shooter at first glance, but the old-school art style coupled with your ability to wreak havoc across ten different levels… totally worth it. Oh, did I mention one of the weapons you’ll be wielding is a rocket launcher? KABOOM! Man, those communists won’t know what hit ’em.

So riddle me this, dear reader: why is Venusian Vengeance still struggling to get through Greenlight? It’s been out for a while (since October 2012), so lack of availability is certainly not the reason. If you haven’t done so already, might I recommend visiting its Greenlight page and handing over a ‘yes’, if you like what you see? Remember, your vote matters!

Venusian Vengeance is available for Windows and Mac from the official website and Desura, priced at $4/€3/£2.50 and without any DRM. Note: a demo is also available, and the official soundtrack can be picked up for $3.