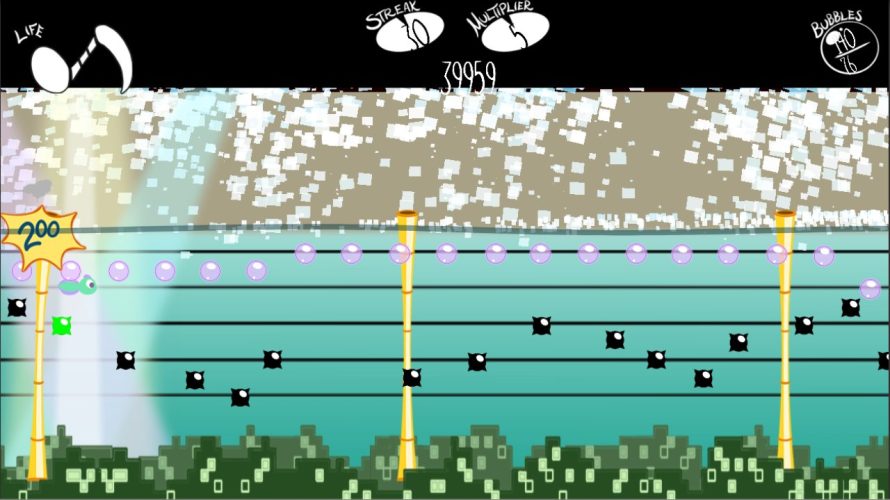 This time the spotlight will be shining on Tadpole Treble, a game in which music defines the shape of each level. Let’s see if we can’t help it escape the cold emptiness of Greenlight limbo, eh?

While music plays a large role in most games, the music of Tadpole Treble directly determines the layout of the stage. The very obstacles Baton is swimming past in-game mirror the layout of notes on sheet music--you are literally playing along with the music!

So gobble up notes, avoid obstacles and help Baton evolve from tadpole to frog? Well, that’s what I got from the trailer anyway, and I have to admit, it does sound like fun. Its Greenlight page also mentions a ranking system, boss battles, and even an in-game shop, which could mean there’s more to it than an arcade high-score experience. Maybe some sort of upgrade system to help nail those S ranks? Hard to say what’s what, as they haven’t really shared an awful lot just yet. I do know one thing though: Tadpole Treble looks like it’s going to be… a musical trip!

So riddle me this, dear reader: why is Tadpole Treble still struggling to get through Greenlight? It’s not out just yet, but should be at some point, this December! As such, might I recommend visiting its Greenlight page and handing over a ‘yes’, if you like what you see? Remember, your vote matters!