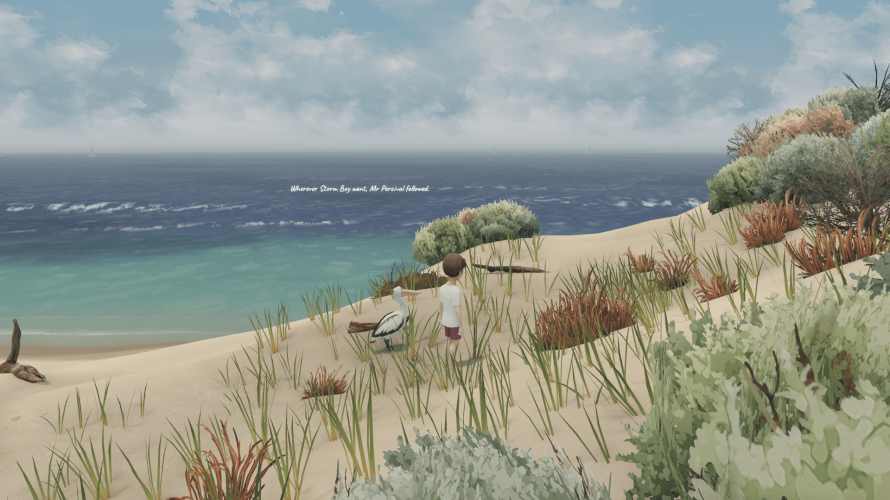 It’s not often the inspiration, or source material, for a video game dates as far back as the 1960s, but that is certainly the case with Storm Boy: The Game. This gorgeous upcoming title is after all based on Colin Thiele’s 1964 children’s book, Storm Boy, breathing new life into the story of a boy and his pelican companion/pet, chronicling their days together.

During this time, players will be able to interact with the colorful world as either Storm Boy and Mr. Percival, the pelican. Yes, a pelican. I know how weird it sounds, but keep in mind that we’re dealing with something based on a children’s book here, and kids do tend to bond with animals better than adults, so there’s that too.

Anyway, far as I can tell, the experience will consist of a varied assortment of ‘activities’ (read: mini-games, most likely), hopefully tying together a broader narrative. Hard to say though, as I have yet to read the Australian novel. But even if it is merely a bit of a sandbox-y playground, something tells me we’re still in for quite the treat within Storm Boy: The Game, based on available details and… well, just look at that art style!

Storm Boy: The Game will be available on Nintendo Switch, PlayStation 4, Xbox One, Windows, Mac, iOS, and Android, in late 2018.