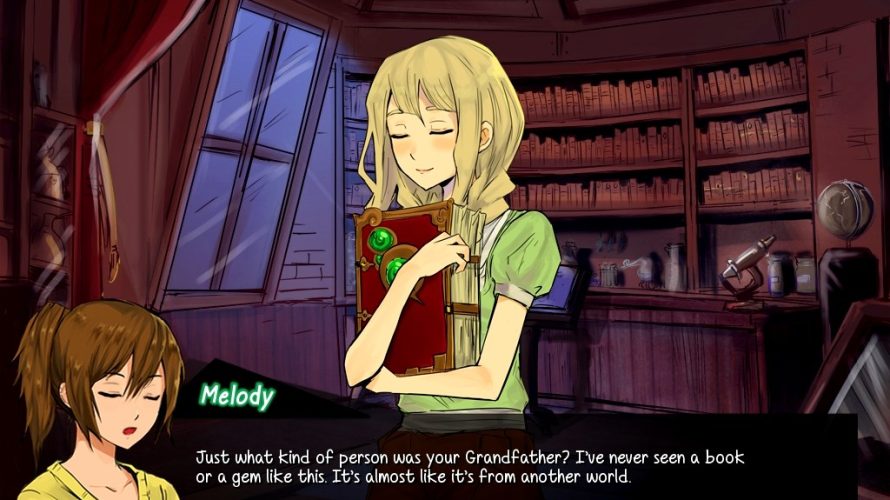 Exploring old houses may sound like fun, but it can also go horribly wrong. Never know what that dusty room in the attic may contain after all! Although in Starlight Vega, not only do we get to find out just what such a room contains, but Aria’s eagerness to dig through the dust and cobwebs with her friend Melody, also leads to… the release of an imprisoned demon. What else could go wrong?

Well, following her release, Lyria – the demon – and Aria find themselves magically attached, via a ‘lifestone’, triggering physical pain if too much distance comes between the two. Ouch. Needless to say, this pretty much marks the beginning of the end of life as Aria knows it. Oh, did I mention Lyria’s the overly flirtatious type, which doesn’t suit Melody in the slightest? Cue dramatic music!

One helluva way to kick off this upcoming visual novel, I’d say. What, a demo? You bet ya, and a rather lengthy one at that. Now, while its creator does make mention of “mild sensuality”, as far as I’m aware, there is no 18+ content to be found. Currently anyway – no one knows what might happen between now and its release! Also, it’s marketed as a “GirlxGirl” project, meaning those looking for a straight romance are going to be disappointed. 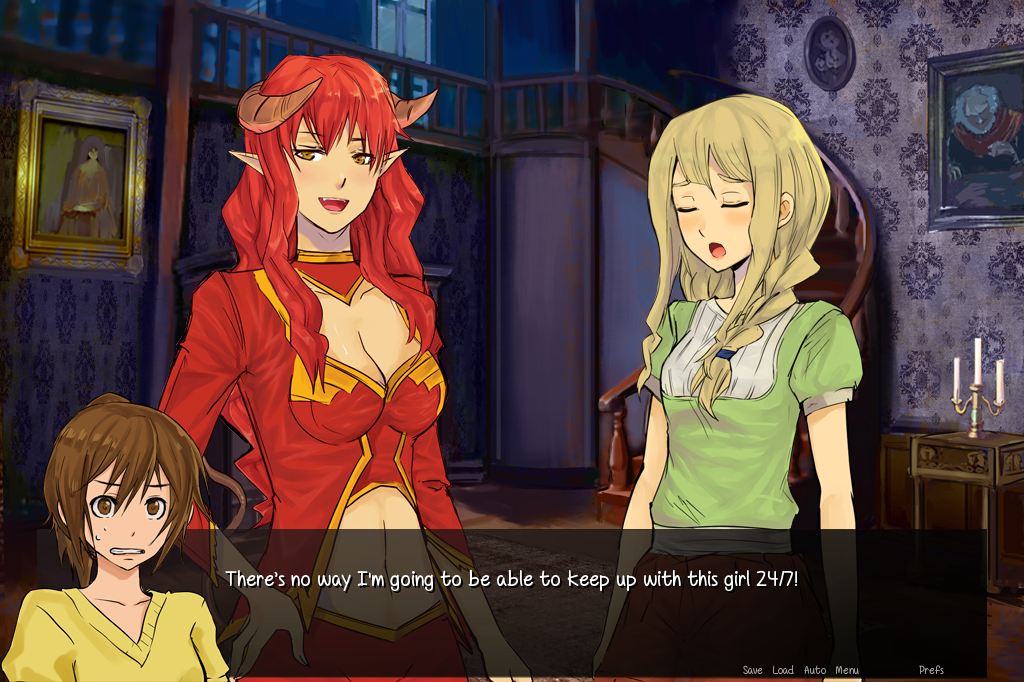 That said, it is nearing completion, meaning that the crowdfunding is mostly for the last few bits and pieces, as well as to hire a composer along with someone able to improve upon the interface. A nice change of pace from the norm for Kickstarter, honestly, which seems to be overcrowded by early concepts and prototypes, often translating to folks spending money on something several years from becoming reality.

Starlight Vega, on the other hand, should be ready come November this year, which is something I’m certainly looking forward to. Oh, and there’ll be a grand total of six different endings, for those keeping track, as well as two romance-based routes, giving it a fair amount of potential replayability.

If funded more than expected, money made above the goal will be put towards adding even more content and additions to the story!

Now, on the topic of getting kickstarted: within the next 29 days (on/before May 22, 2015), $3,550 must be raised, of which $1,498 remains at the time of writing. Ample time for that amount I’d say, and hey – there’s still stretch goals, once the initial number has been reached. Anyway, pre-order’s at the $10 tier, while going as high as $65 gets you a rather prestigious limited edition physical art book too. Not bad.

As always, keep in mind that you don’t have to help financially, as spreading the word about the Starlight Vega Kickstarter will also go a long way. Do take the demo for a spin as well, and be sure to give its Greenlight page some attention. Remember, your vote – and support in general – matters!